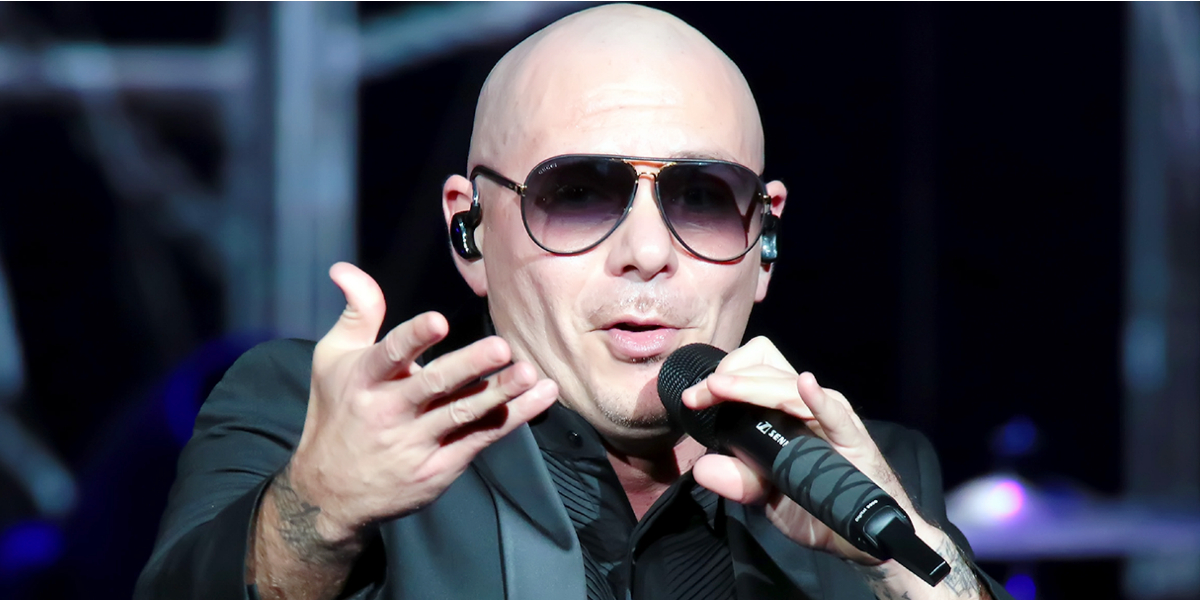 Armando Christian Perez, who is professionally known as Pitbull, is an American rapper, singer, songwriter, businessman, and actor by profession.

Armando Christian Perez is famously known as Mr. Worldwide. Pitbull began his career, back in the 2000s with Latin hip hop, and crunk music under a multitude of labels.

Armando Christian Perez released his debut album, back in 2004. M.A.I.M.A.I, under TVT records and the executive producer of Lil Jon. Prior to that in 2006, he released another album, named El Mariel, and again in 2007. In 2009 he again released “Rebelution”. which also included the breakthrough of his hit single “I know you want me”. which topped at number two on the US Billboard Hot 100, and got placed at the fourth position in the UK singles chart.

Armando Christian Perez is a successful rapper who has given many hits throughout his career which includes many singles and albums. His albums and singles have topped the chartbusters. which has made him the most successful rapper of all time. Some of his notable and famous raps include “Give me everything”, “International Love”, “We are one”, “I know you want me”. Armando Christian Perez is one of the world’s most successful Latin artists. His inspirations are Willy Chirino and Celia Cruz, and by following them. Pitbull has made a name for himself in the music industry. Today in this article, we will be discussing “Pitbull” and everything related to him. 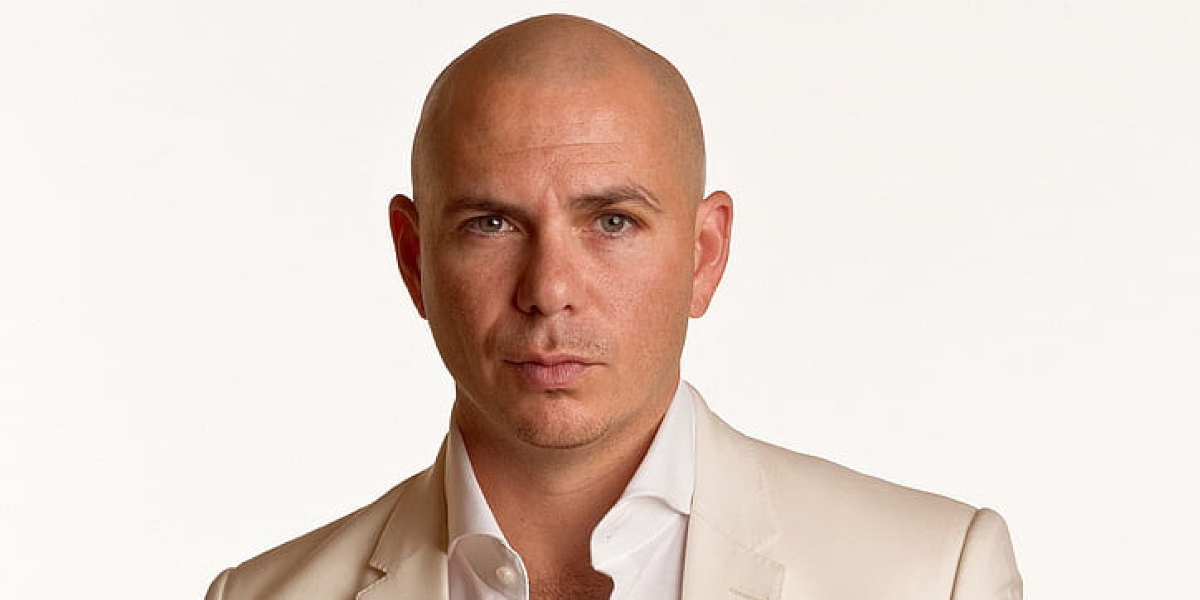 Armando Christian Perez is popularly known as Pitbull. He is one of the most popular rappers in the American Industry. Pitbull was born on 15th January 1981 in Miami Florida, USA.

Whereas his parents were born in Cuba. The name of his mother is Alysha Acosta, and his father’s name is José AntonioArmando Pérez Estade. His father was a drug dealer and a criminal. Armando Christian Perez had made a huge amount of money, but he went to jail for all the ill work.

Unfortunately, his parents separated during his childhood. and he was further raised by his mother alone. The name of his older sister is Jennifer Betances. Pitbull had faced a very tough time in his childhood because his mother threw him out of the house. As he got involved in drug dealing just like his father. And for this reason, Armando Christian Perez had to spend his childhood days with a foster family in Georgia for quite some time.

Pitbull has always been a talented man since his childhood. Since the age of 3, he could narrate the works of Jose Marti, and with this. He was deeply inclined towards music and had developed an interest in music since his childhood days.

Talking about his educational qualifications. He studied at South Miami Senior School, and for further studies, he went to Miami Coral Park High School. During his school days, he was expelled because he was caught selling drugs. But the thing about the rapper is that he didn’t grow up as a drug dealer rather he focused his attention and built his career on music and after he completed his graduation he fully determined himself toward music.

Armando Christian Perez began his career in the early 2000s. after the meeting with Lil John in Miami, pitbull got the opportunity. he made appearances in the King Chunk Album that was released in 2002. The song named “oye” got featured in 2 Fast 2 Furious movies back in 2003. 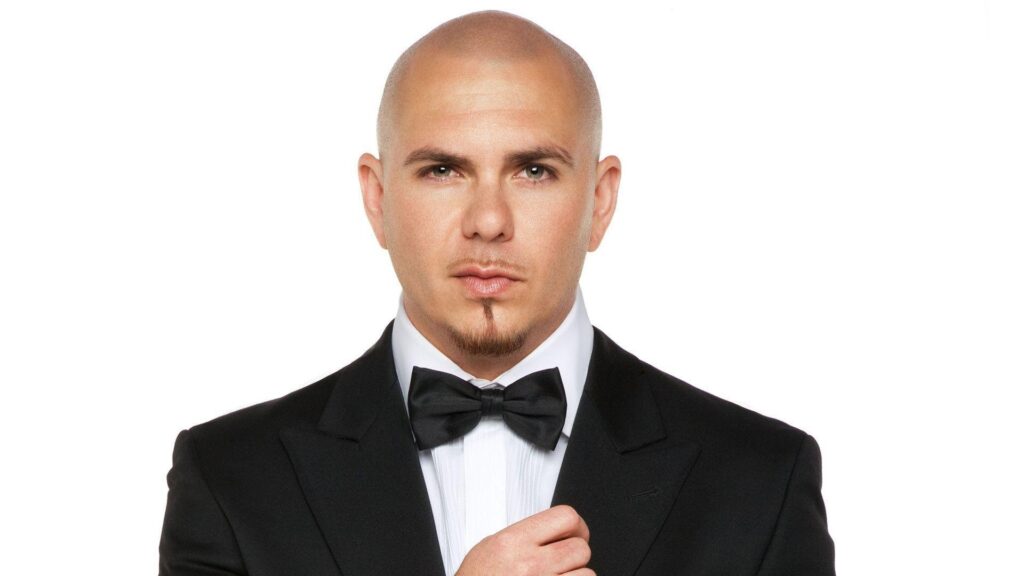 This was just the beginning of his career. after his song got featured in the movie he went on releasing a number of mixtapes. which consisted of pop and rap music along with remixes and freestyles. And in 2004, Pitbull’s super hit album M.I.AM.I released and with his debut album release. Armando Christian Perez got huge recognition.

Because his album M.I.A.M.I became a hit on the Billboard 200, and followed by that he released “El Mariel”. In 2006, and again in 2007. he released Boatlift which included some of the best artists in the industry like Trina Lil Jon and Kesha some of the other albums that were released by him are Armando in 2010, Planet Pit in 2011, global warming in 2012, and again a single in 2014 named “wild love”.

Armando Christian Perez has collaborated with celebrities. like Shakira, Jennifer Lopez, Camila Cabelo, and many more. He has recorded more than 70 million singles alone and has No1 hits in 15 countries. Apart from it, he has performed On stage performances and concerts in over 50 countries for over a million people.
Armando Christian Perez has appeared in many of the albums of other hip-hop artists. Through his talent. he is known worldwide for mixing Latin flavors together with dance hip hop and music. In 2015, he launched Pitbull’s Globalization Radio, which is a new radio station on Sirius XM Radio.
His eleventh studio album was named “Libertad 548”. which was released in September 2019. This album included a Spanish single “NO LO TRADES” which featured Daddy Yankee and Natti Natasha. Pitbull collaborated with Indian singer Guru Randhawa for a song named “slowly slowly”, which was released on T-Series back on April 19th, 2019.
Apart from all this Pitbull has also got featured in a number of advertising campaigns, brand advertisements, and product endorsements. He gets sponsored by numerous brands such as Bud Light, Voli Vodka, and Kodak, and most recently in March he became the new face of “playboy”. 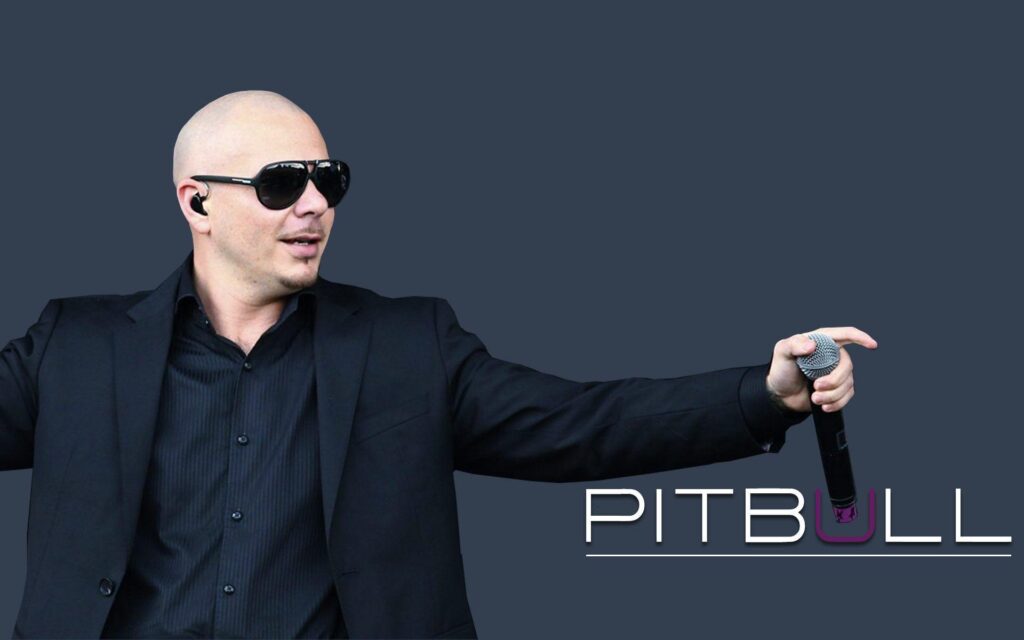 Apart from the brand endorsements, Pitbull is also a businessman by profession. He has a fragrance line, which consists of both Pitbull men and Pitbull women, the cost of it is $30 for a 1 oz.

In 2020, amid the COVID-19 pandemic, LiveXLive launched a partnership with Pitbull, which would grant the platform exclusive rights to concerts, behind-the-scenes, videos, and more from Pitbull to be streamed to LiveXLive’s premium subscribers. On August 14, 2020, Pitbull released a new single, titled “Te Quiero Baby (I Love You Baby)” with Latin pop singer Chesca and American singer Frankie Valli. The single serves as a Latin interpolation of the original Frankie Valli & The Four Seasons 1967 smash hit single “Can’t Take My Eyes Off You”.

On June 22, 2021, Pitbull announced across all of his official social media platforms the I Feel Good Tour, named after his single of the same name, and his first dedicated tour since 2017’s Enrique Iglesias and Pitbull Live! North American tour. The 32-city tour featured special guest Iggy Azalea and began on August 20, 2021, in Clarkston, Michigan, and spanned across the United States through October 13, 2021, in Tampa, Florida. On February 24, 2022, Pitbull performed with IAMCHINO and DJ Deorro on the live debut of their late-2021 single, “Discoteca”, at the 2022 Premio Lo Nuestro awards. The song samples “Around the World (La La La La La)” by Eurodance group ATC.

On April 11, 2022, Pitbull announced the Can’t Stop Us Tour with Iggy Azalea and Sean Paul. This marks the second consecutive year Pitbull has toured with Iggy Azalea. Pitbull and Sean Paul have previously collaborated on their hit song, “Shake Señora”, from Pitbull’s sixth studio album, Planet Pit (2011). The tour will begin on July 28, 2022, in Raleigh, North Carolina, and will conclude in Hollywood, Florida on October 19, 2022.[1] 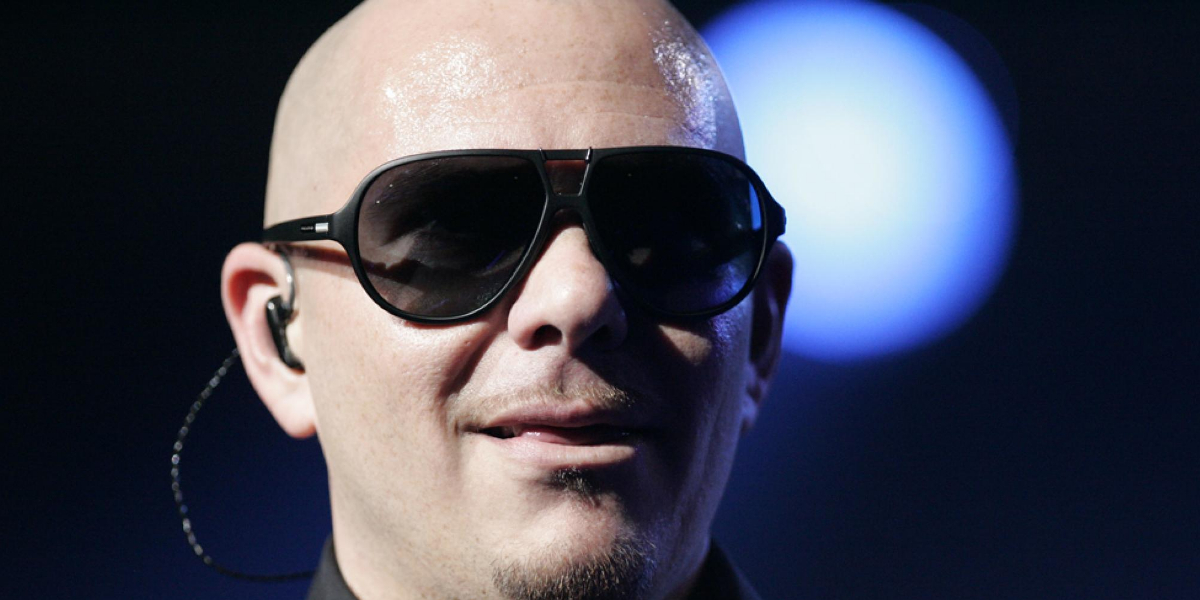 The rap king is one of the richest rappers in the industry and through his hits, he has received the title of “king of pop”. As of 2022, Armando Christian Perez has an estimated net worth which is roughly $100 million which he has earned from his super hit raps, brand endorsements, and his business. 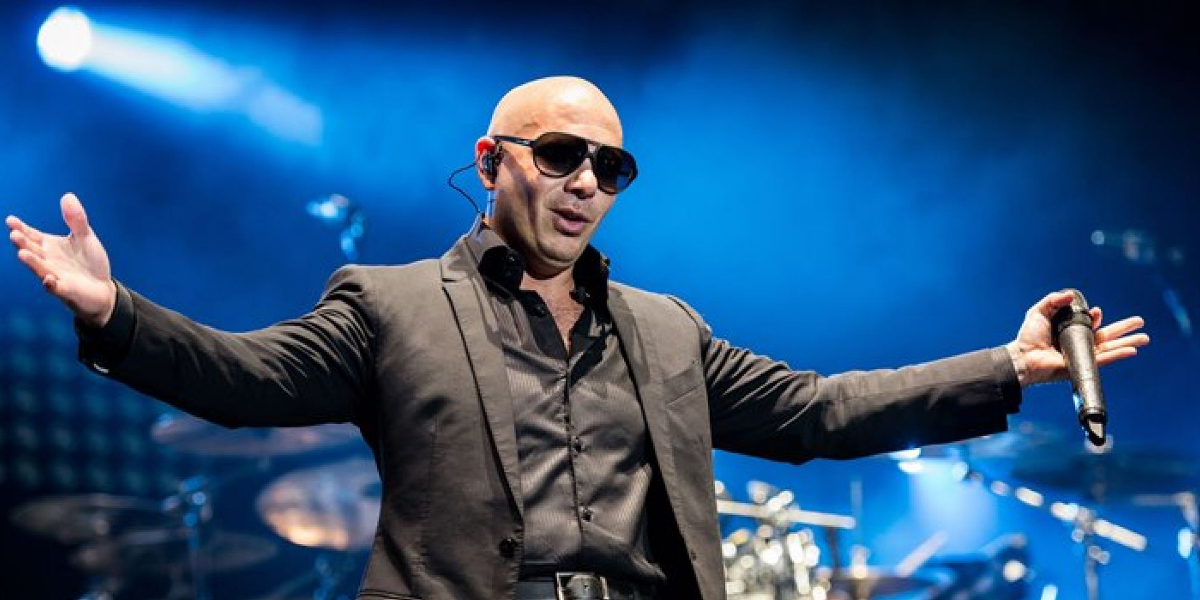 The pop star has showcased his talent through his songs and raps and Armando Christian Perez has received 143 nominations and 46 awards in his full-length career. His awards list includes 6 Grammy Awards, 3 Billboard music awards, 5 BMI awards, and 1 American music award, and many more.

Rapper Armando Christian Perez was once in a very serious relationship with a Spanish model Barbara Alba and the couple had two kids together. The couple is blessed with a daughter and a son. The name of his daughter is Destiny and the name of his son is Bryce.

The rapper always inspires his fans throughout the world. and hence we have picked up a few quotes that are truly an inspiration for anyone to achieve success in their life.

1. “Humor is everything. Everything. Usually, the negatives turned out to be the most positive for me. In the music industry, any other artist would have looked at the situation I was in and thought, “Oh man, this is not for me.” I looked at it more like Darwin exploring the Galápagos Islands. You know – survival of the fittest.”

2. “As far as the fans, I always say it because it’s the truth: without them, I’m absolutely nothing.”

3. “I can be a part of everything. Every movement.”

4. “As Americans, which I suffer from myself, we have ADD.”

6. “Pretty soon I think you’ll have Republicans, Democrats, and Hip Hop as a party.”

7. “In any country when you throw something in somebody’s face, it’s disrespectful.”

8. “I won’t perform in Cuba until there’s no more Castro and there’s a free Cuba. To me, Cuba’s the biggest prison in the world, and I would be very hypocritical were I to perform there.”


9. “Every day above ground is a great day, remember that.” 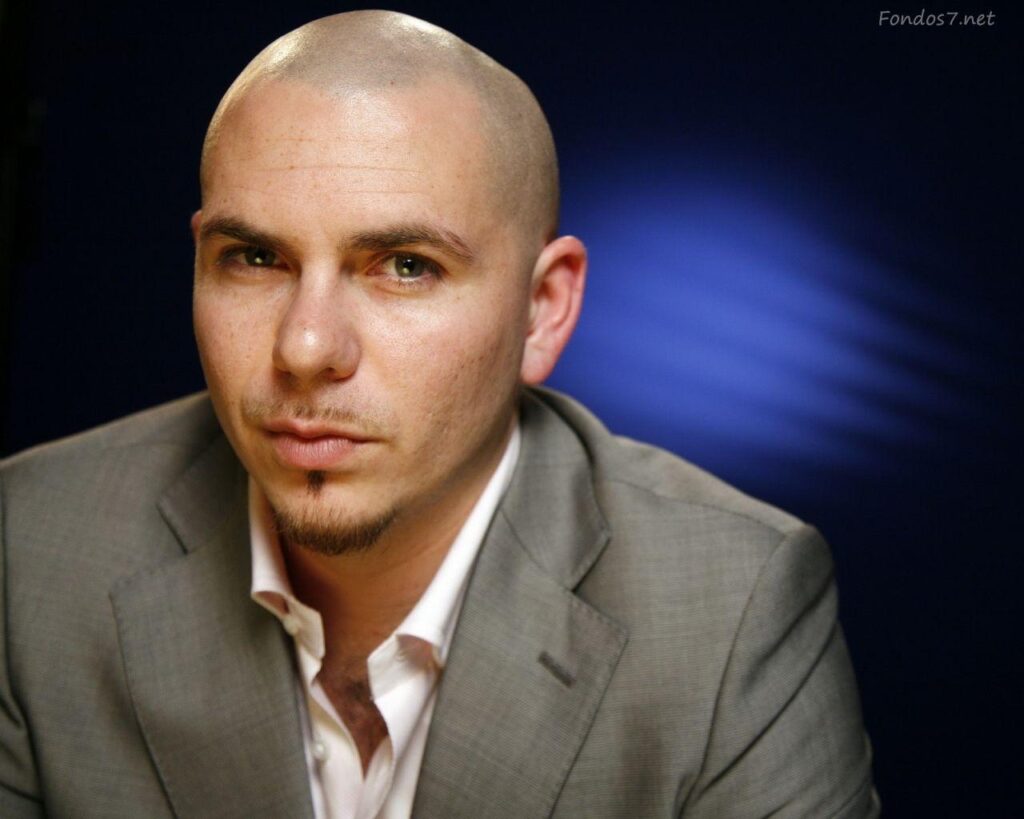 The rapper is famous on social media sites and has a huge fan following. Armando Christian Perez has a whopping amount of 9.4 million followers on Instagram and other than that he is even active on Twitter.

Some Lesser Known Facts About Pitbull:

●His eye color is blue.

●His first single to hit the billboard was “give me everything”, back in 2011.

●He is the most nominated person for the Billboard Latin Music awards, and thus he was nominated for 11 different categories back in 2011.

●He is also a co-owner of Miami Subs Pizza and Grill.

●He named himself Pitbull because he doesn’t want to give up anything.

●He dedicated his 2006 album to his father, who died the same year.

●Apart from singing and rapping, he is also a businessman. 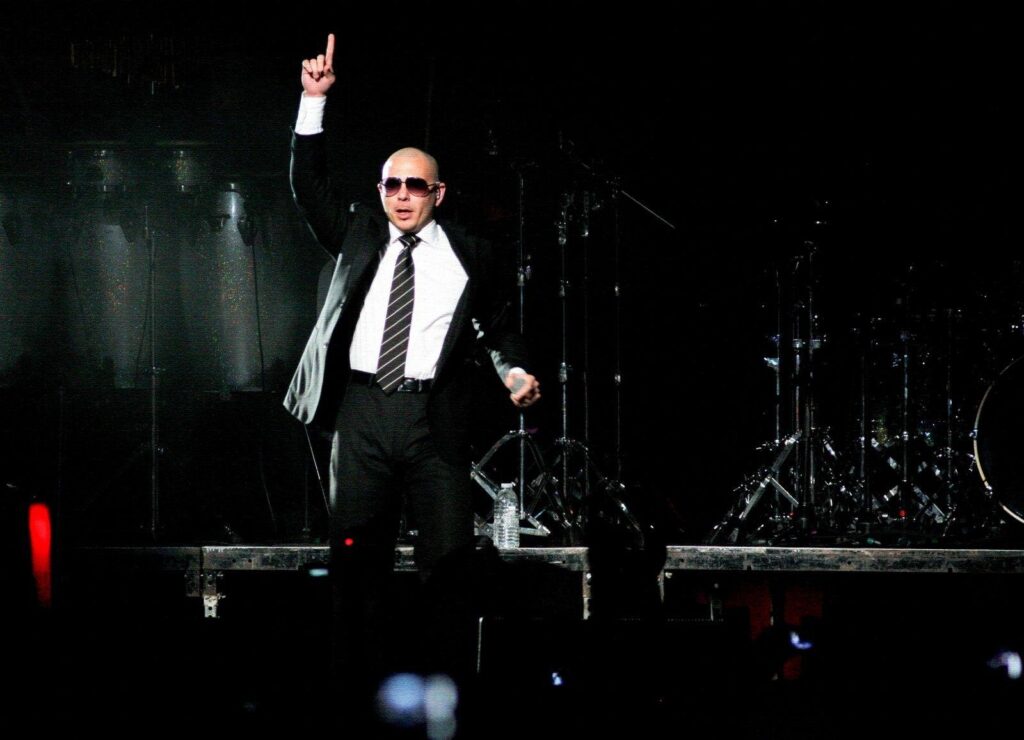 We hope that after going through this article you have received every piece of information about ‘Pitbull’.