Dubbed “Putin’s Palace,” the 190,000 square-foot mega-mansion was purportedly built for his personal use with funds from billionaire oligarchs, whom he allegedly allowed to flourish in Russia’s notoriously corrupt economy so long as they shared the wealth — with him.

The property has its own amphitheater, underground hockey rink and private seaport, according to a documentary produced by jailed Russian opposition leader Alexey Navalny’s anti-corruption group. There is a no-fly zone in the skies above and a no-boating zone in the surrounding waters.

The magnificent fortress stands in stark contrast to the tiny 800-square-foot apartment Putin claims in his official 2020 financial disclosure. 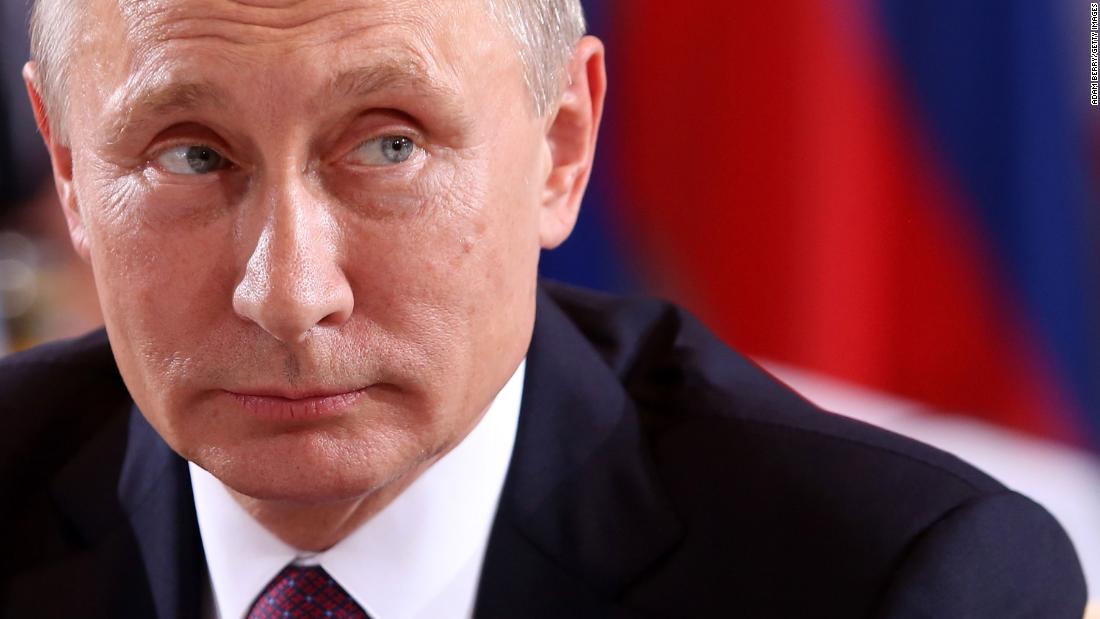 Yet, despite the opulence of the hilltop retreat, “I would be very surprised if Putin ever sets foot in there again,” Nate Sibley, an expert on Russian corruption who advises members of Congress, told CNN.

Sibley said the palace symbolizes what he sees as a bygone era of Putin pursuing, through the wealth of oligarchs, a luxurious lifestyle that he could never afford on his government salary. While Vladimir Putin is believed to have amassed a hidden fortune by such means earlier in his career, Sibley said, he has since become less reliant on his wealthy benefactors over the years and has surrounded himself instead with government and military loyalists who share his hardline nationalist views.

That shift, some Russia experts told CNN, may make it more difficult to make Putin personally feel the sting of economic sanctions the US and its European allies have imposed to punish him for invading Ukraine.

Putin has positioned himself, as Sibley put it, “above the fray.”

It wasn’t always that way. Nearly two decades before Putin drew international ire for his most recent unprovoked invasion of Ukraine, the Kremlin had Russia’s richest man plucked off his private jet and charged him with crimes against the state.

Mikhail Khodorkovsky, an oligarch worth an estimated $15 billion at the time, sat caged in the middle of the courtroom during his highly publicized trial. Khodorkovsky, who had been critical of government corruption under Putin’s leadership, was convicted of tax evasion and fraud, though he argued the charges were politically motivated. Putin pardoned him in 2013 and he has since lived in exile.

Putin’s bold move against the billionaire oil magnate was seen as a message to other oligarchs: You might be next.

The tactic demanded the unwavering loyalty of the oligarch class.

The ensuing influx of cash, gifts and goodwill is one explanation for how Putin, who claims a salary of just $140,000 a year, is suspected of being one of the richest people on the planet. He is rumored to own or have access to not only the Black Sea palace, but also a $100 million yacht, according to published reports. CNN was unable to verify Putin’s connection to the palace or yacht. The Kremlin has dismissed reports of Putin’s purported hidden wealth.

That the properties and other possessions aren’t in his name doesn’t matter, said Tom Burgis, author of a book on international money laundering called “Kleptopia.” Burgis likened Putin to The Godfather and said it’s understood that when he asks an oligarch for something, it’s not really a request.

“Ultimately they owe everything they have to the boss. And with the click of a finger, as he has shown in the past, Putin can take everything,” Burgis said. “However influential they may seem, they are ultimately dependent on him.”

Several of Putin’s closest associates — including childhood friends, a woman who was reportedly his former lover, and a professional cellist who is the godfather of one of his daughters, have secretly amassed huge fortunes outside Russia during his time in power, according to leaked financial documents.

A complicated web of shell companies, offshore banks and hidden transactions obscures their wealth, with accounts spirited away inside one another like Russian nesting dolls. But a series of leaks in recent years from firms that facilitate the offshore finance system, including the Panama Papers and the Pandora Papers, have stripped away some of those layers of secrecy.

The assets tied to Putin’s inner circle include an apartment in a Monaco luxury building overlooking the principality’s glitzy harbor. The fourth-floor flat was purchased in 2003 for $4.1 million by a shell corporation called Brockville Development Ltd., a company registered in the British Virgin Islands, documents published by The Washington Post show.
The real owner of the company: Svetlana Krivonogikh, a former shop cleaner from St. Petersburg who reportedly had a romantic relationship with Putin two decades ago, according to documents obtained by the International Consortium of Investigative Journalists and reported on by the Post and The Guardian. The company was registered just weeks after Krivonogikh, who was 28 at the time, gave birth to a girl.

Proekt, an independent Russian media outlet that was banned in the country last year, reported that Putin started a relationship with Krivonogikh in the 1990s before he became President, and that her daughter has a patronymic middle name that means “daughter of Vladimir.”

Krivonogikh has declined to comment about Putin to reporters, but her daughter — who had tens of thousands of Instagram followers before recently deleting her account — has acknowledged to interviewers that she shares a resemblance to the President.

In addition to the Monaco apartment, Krivonogikh owns a majority share in a ski resort where Putin has been seen hitting the slopes, several other luxury apartments in St. Petersburg, and a yacht, the Post and the Guardian reported.

The leaked documents don’t make clear the source of the fortunes amassed by Putin’s inner circle. But in several cases, businesses and financial institutions linked to them have won lucrative state contracts.

Russia has the largest amount of wealth hidden in offshore tax havens, both in terms of absolute volume — conservative estimates peg it around $800 billion in 2017 — and as a percentage of national GDP, according to a 2020 report by the Atlantic Council.

On average, 10% of world GDP is held offshore. However, in Russia, offshore wealth accounted for as much as 60% of GDP in 2015, according to a 2018 Journal of Public Economics research paper, the most recent estimate available.
Experts say about a quarter of this dark money is indirectly controlled by Putin and his tight-knit circle of oligarchs and poses a “serious national security threat” to the United States. The Mueller report illustrated how Russian offshore accounts were used to interfere in the 2016 elections.

Earlier this month, the Justice Department announced the formation of a task force devoted to enforcing sanctions and other economic restrictions designed to isolate Russia from global markets. The KleptoCapture task force will target not only Russian officials and oligarchs, but “those who aid or conceal their unlawful conduct.”

Gary Kalman, the director of the US office of Transparency International, an anti-corruption advocacy group, said enforcing sanctions will not be easy.

“It is extraordinarily difficult for law enforcement to try and ‘follow the money’ because at some point you are going to literally hit a brick wall,” Kalman said. “There is literally no paper trail.”

The United States and the United Kingdom are ideal places to stash large amounts of money, they are among the deepest financial markets in the world, and both accept anonymous shell companies, according to the Atlantic Council.

A group of international researchers found that shell companies in the US can be set up in under an hour for as little as $200, without having to legally disclose who owns or controls it. For decades, Western companies — banks and law firms — have profited from helping Russian oligarchs hide their money, setting up complicated corporate structures that make it nearly impossible to link assets or bank accounts to individuals.

In the eyes of some longtime Putin observers, the enigmatic Russian leader has shifted his focus from pursuit of wealth to consolidation of power.

“It’s difficult to understand precisely what’s happening inside the Kremlin and inside the mind of Vladimir Putin. But he is more and more in a tight relationship with a very small group of people, and they tend to be more on the military and intelligence side rather than business people,” said Jill Dougherty, former Moscow bureau chief for CNN, “because, obviously, if Putin cared about business, he would not be prosecuting this war in Ukraine.”

“Right now it is not up to the oligarchs,” said Stanislav Markus, an associate professor of international business at the University of South Carolina. “It is the guns, not the money that speak loudest in the Kremlin today.”

Regardless of whether priorities have shifted inside the Kremlin, Maria Pevchikh, head of investigations Navalny’s Anti-Corruption Foundation, argues both the palace near the Black Sea and Russia’s invasion of Ukraine demonstrate the way Putin sees himself as much more than a government official.

“He sees himself as a czar, as king of some sort,” Pevchikh told CNN. “He has huge plans. He has the vision of him being a historical figure, being so powerful, so mighty, so important, and they invest a lot of money into this narrative.”

Scott Glover contributed to this report.