ANAHEIM — The day started like any other for Angels rookie lefty Reid Detmers.

Detmers had his usual routine of relaxing on the couch alone in the clubhouse before the game to lock himself in mentally, warmed up in the bullpen without feeling especially sharp and was set to pitch to catcher Chad Wallach, who was just called up the day before and had only caught him during a bullpen session once in Spring Training.

But it ended with history, as Detmers threw one of the more unlikely no-hitters in recent memory in just his 11th career start. The 22-year-old former top prospect accomplished the feat in a 12-0 win over the Rays in front of a large crowd of jubilant fans at Angel Stadium. Detmers entered with a 6.33 ERA in 10 career starts, and while he had shown some glimpses of turning the corner in recent outings, it was telling that manager Joe Maddon was even asked before the game if there was a chance Detmers could be sent back to the Minors for more seasoning. 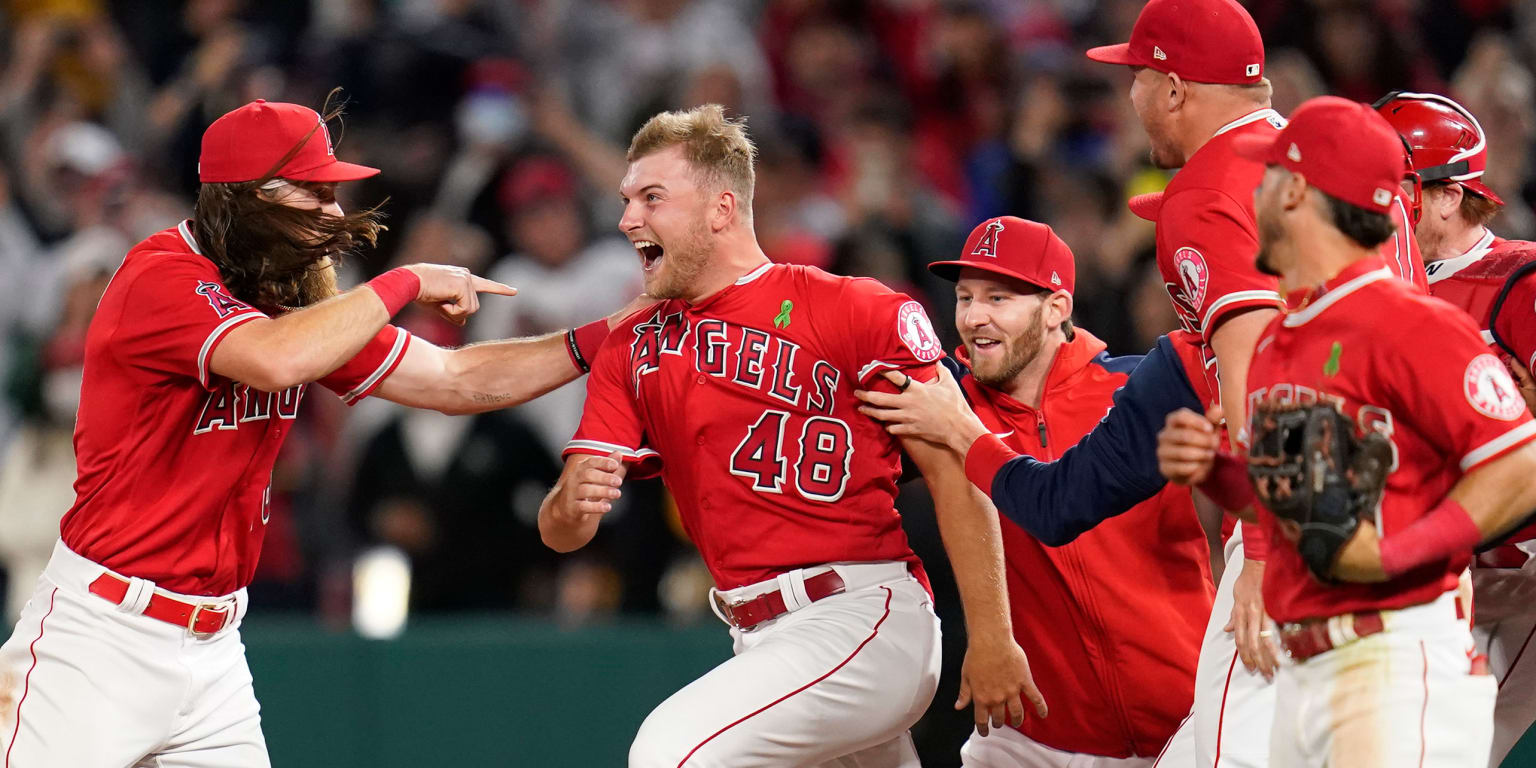 Detmers, though, showed why he was so highly regarded, entering the year as MLB.com’s No. 1 left-handed pitching prospect in baseball, limiting Tampa Bay to one walk and an error to complete the no-hitter despite striking out just two batters. Detmers was still in disbelief after the game, saying he “blacked out” on the mound and had trouble even recalling some of the final inning, which ended with Yandy Díaz grounding out to shortstop for the final out.

“It’s something I’ve dreamed of ever since I was a little kid,” Detmers said. “I didn’t think it would ever happen. I don’t even know. I probably won’t even remember this [interview] tomorrow morning.”

Detmers, the No. 10 overall pick in the 2020 Draft out of the University of Louisville, had never pitched deeper than six innings as a professional, including 14 Minor League starts, and had never thrown more than 97 pitches in an outing. But Detmers easily surpassed those totals, needing 108 pitches to complete the no-no.

Maddon noted that Detmers pitched inside more effectively in this outing, which allowed him to throw his changeup a career-high 24 times. He usually leans heavier on his curveball and slider.

“It’s life-altering, in a sense, as a young man and a Major League player,” Maddon said. “Hopefully, we’re going to get a lot of residue at the end of that, because he’s capable. That’s how he should pitch and that’s what he should look like more often.

Wallach, who had never caught a no-hitter before, said he noticed Detmers had his changeup working early, so they went to it often — and it caught Tampa Bay off-guard.

“We had a plan going into the game, but we pivoted a couple times,” said Wallach, who also hit a three-run homer. “The changeup was probably not the pitch we expected it to be. He spins the ball a lot. But we saw how good the change was in the first couple innings, and we just ran with it.”

Detmers was perfect through five innings before surrendering a leadoff walk to Taylor Walls in the sixth on a 3-2 curveball just above the zone. Vidal Bruján followed with a hard-hit liner to third, but Anthony Rendon snared it for an out. Kevin Kiermaier then hit into a double play to end the inning and keep the no-hitter alive.

“I didn’t realize it until the fourth or fifth inning, when everyone was starting to cheer a little louder for every out, that it was happening — and so you want to do it for him,” Rendon said.

The Rays nearly broke it up in the seventh, when Brett Phillips hit a grounder that first baseman Jared Walsh couldn’t handle. The crowd at Angel Stadium waited for the call from the official scorer and cheered when it was ruled an error — and Walsh also clapped his glove, to cheer his own error at first.

Harold Ramirez followed with a deep fly ball to left-center field, but Brandon Marsh caught it near the wall for the second out. Randy Arozarena then hit a sharp liner to center field, where Mike Trout handled it to end the inning.
Detmers recorded three flyball outs in the eighth and entered the ninth having thrown 94 pitches. But after some advice from pitching coach Matt Wise, he got Bruján to pop up to Wallach, Kiermaier to ground out to second and Díaz to ground out to short to end it.

Detmers pitched with a big lead most of the game, thanks to that early cushion. Trout and Wallach both homered off Rays starter Corey Kluber, while Trout and Rendon both went deep off position player Phillips in the eighth.

Rendon’s homer, incredibly, came in his first career at-bat from the left side of the plate.

As remarkable as Rendon’s lefty homer — and the Angels’ all-around performance in the game — were, the night belonged to Detmers, who was still soaking it all in well after the final out.

“I was just trying to get ahead, but I couldn’t tell you much more,” Detmers said of his approach. “I remember talking to Wise and he told me to pound the zone. With two strikes on the last hitter, I was shaking a little bit, but other than that I tried to keep myself composed. It just still hasn’t sunk in.”