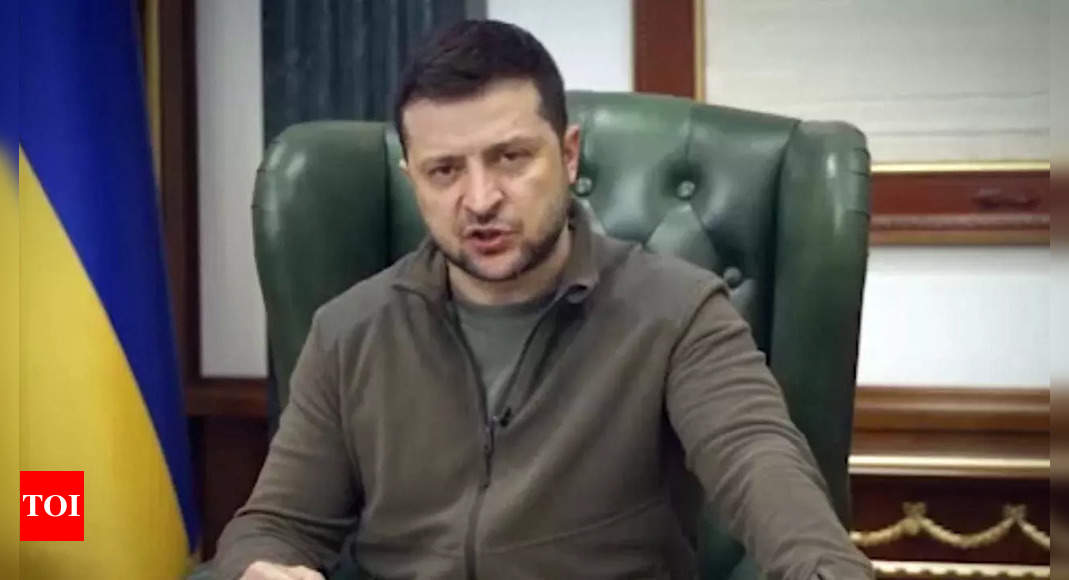 WASHINGTON: Ukraine‘s embattled President Volodymyr Zelenskyy will deliver a virtual joint address to the US Congress on Wednesday amid growing pressure from lawmakers on the Biden administration to take a more assertive military stand against Russia.

Zelenskyy, who has already addressed the British Parliament and the EU lawmakers to rousing ovations, spoke to more than 300 US lawmakers on a Zoom call last week, but a formal address to the joint session that will be telecast live to the US public is expected to amplify his message to Washington: You are not doing enough while we are dying.
Zelenskyy wants the US to either impose a no-fly zone over Ukraine or give him fighter jets and other defensive equipment to stave off a Russian invasion that sooner or later is expected to overwhelm Ukraine if there is not sufficient help from the west. He is also seeking a ban on Russian oil trading, including a blockade of Russian vessels.
President Biden has said a no-fly zone could inevitably lead to a shoot-out with Russian jets and potentially lead to a World War Three. Washington has also rejected the idea of directly supplying fighter jets to Ukraine fearing getting sucked into the war, even as many military analysts are urging the Biden administration to go the whole hog.
While some US lawmakers, mostly from the Republican side, are relishing the Democratic administration’s discomfiture, others are suggesting a middle path. “Zelenskyy’s message is simple: ‘Close the skies or give us planes. Let’s be clear-eyed about our options: A no-fly zone means sending American pilots into combat against Russian jets and air defenses — in a battle between nuclear powers that could spiral out of control quickly,” Republican Senator Ben Sasse cautioned after Saturday’s Zoom call with Zelenskyy. Instead, Sasse suggested the US could send Ukraine planes, drones, and helicopters.
But as Washington found over the weekend, getting military supplies into Ukraine is also starting to become hazardous, with the possibility that even that will draw the US and NATO into direct firefight with Russia. After warning the US-NATO combine that it would disrupt any supply chain of equipment into Ukraine, Russia unleashed 30 cruise missiles on a military base just 15 miles from Ukraine’s border with Poland, killing 35 people, and bringing the war to NATO’s doorsteps.