The series marks the first major lead television series role in Sylvester Stallone’s legendary career. It was created by Yellowstone co-creator Taylor Sheridan, and it counts The Wolf of Wall Street writer Terence Winter as showrunner.

Sylvester Stallone stars as Dwight “The General” Manfredi, a New York mafia capo who is released from prison after 25 years at the start of the series. His boss exiles him to Tulsa, Oklahoma, where he has to set up an operation. After Dwight realizes his boss probably did not send him to Oklahoma for a vacation, Dwight builds his own crew from a group of unlikely locals to start a new criminal empire in unfamiliar territory.’

Sheridan serves as an executive producer on the series, alongside Stallone, David C. Glassner, Ron Burkle, Bob Yari, David Hutkin, Allen Coulter, and Braden Aftergood. Sheridan also co-created Yellowstone for Paramount Network and has several other projects in the development for its sister streamer. Mayor of Kingstown and 1883 have already been hits, and Lioness, Land Man, 1932, and Bass Reeves are now in development. He is also working on another Yellowstone spinoff, 6666.

Although Stallone has been making movies for over 50 years, Tulsa King will be his first major role in a scripted series. Early in his career, he guest-starred in Dream On, Kojak, and Las Vegas episodes. In 2017, he played himself in an episode of NBC’s This Is Us. He also plays Stakar Ogord in the upcoming Guardians of the Galaxy Vol. 3 and recently filmed the fourth Expendables movie.

Tulsa King came together very quickly. When Deadline first reported on the project in December, it was called Kansas City, but the setting was soon shifted from Missouri to Oklahoma. 101 Studios CEO David Glasser told Deadline the project was born after he approached Sheridan about doing a mob series inspired by Mario Puzo’s Omerta. 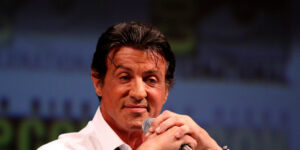 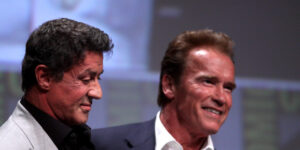 “I said, ‘Taylor, what if you came up with the cool wildness of Goodfellas with Stallone?'” Glasser recalled. “He takes a breath, I’m not even joking, and he goes, ‘Hmm, that’s a good idea, Glasser.’ Then, on the spot, he proceeds to spend 45 minutes pitching me a story that he just created in his head. This is Friday at 3 p.m. It is a great story, and nothing is written down.” Within a weekend, Sheridan had a script ready, Glasser was already talking to network executives, and Stallone was attached.

“This is how it happens with him,” Glasser told Deadline of Sheridan. “He just picks up the phone and calls people like Billy Bob Thornton, Tom Hanks, Sam Elliott, Tim McGraw and says, hey, I’ve got this idea. I call to do the deal with the agent afterwards.” Paramount+ has not announced a premiere date for Tulsa King yet.