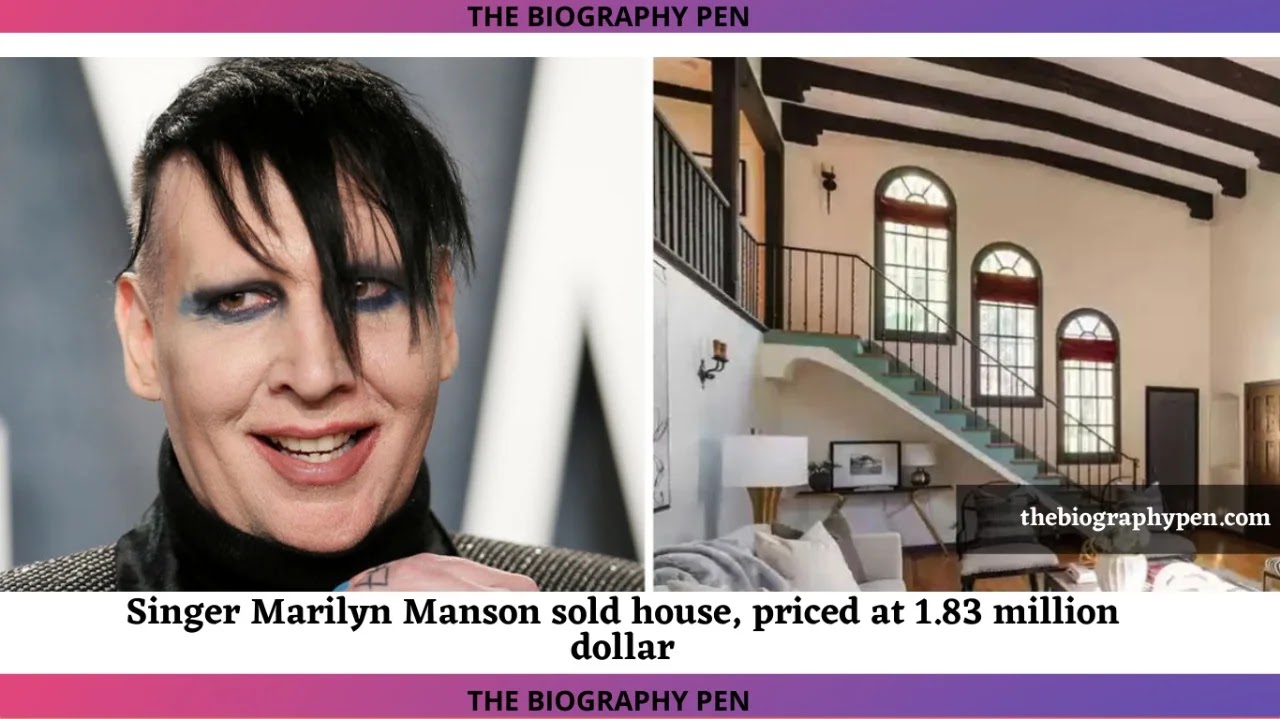 This is the same property for that american singer Phoebe bridgers once said that this house have rape room, and it leads to controversy after this statement came out.

It is reported that singer phoebe bridgers came to know about the ‘rape room’ of marilyn manson’s house in her teens. Then she used to be a fan of Marilyn Manson and had gone to this house with her friends to meet him. Marlyin Manson, 52 put this house up for sale in October for $1.75 million, he earned a 5% profit.

According to the report, Marilyn Mason’s house built in 2711 sq.ft. area 20 feet heighted terrace and two master suites, It has gardens and space for private parties also.

Marilyn Manson is also a Painter, actor and Record producer as well as, According to the celebrities net worth Marilyn net worth is around 5 million dollar (approx 38 crores)

Brian Hugh Warner is the real name of Marilyn, he started his career as a painter in 1999.