The Russian conductor Tugan Sokhiev, who recently resigned from two high-profile posts after facing pressure to condemn the Russian invasion of Ukraine, will no longer lead a series of concerts with the New York Philharmonic because of the war, the orchestra announced on Friday.

Sokhiev, who until this month was the music director of the Bolshoi Theater in Moscow and the Orchestre National du Capitole in Toulouse, France, had been scheduled to appear with the Philharmonic starting on March 31 for three concerts featuring the music of Rachmaninoff and Prokofiev. Instead, the concerts will be led by Anna Rakitina, a rising conductor who was born in Moscow to a Russian mother and Ukrainian father, in her Philharmonic debut. 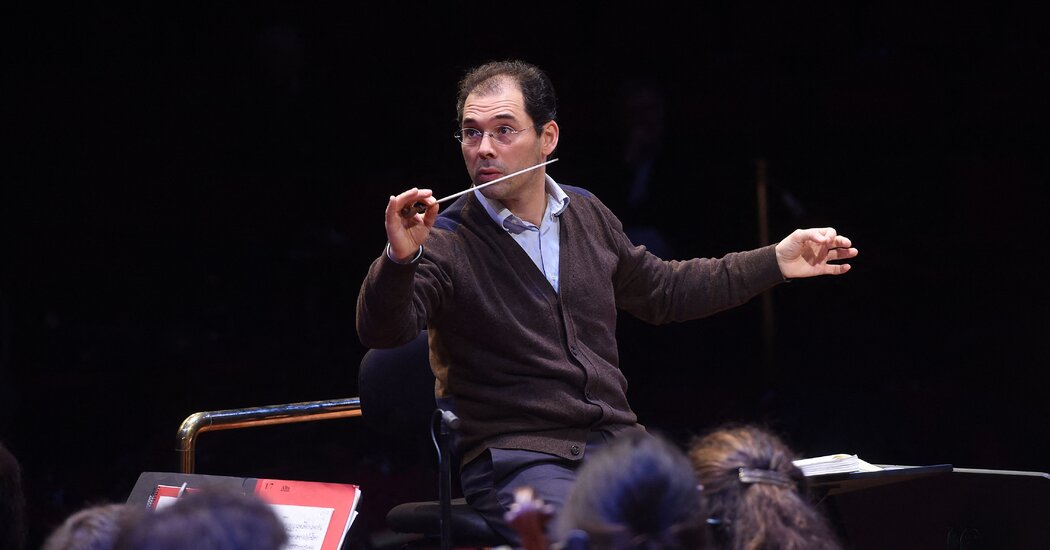 The Philharmonic described the change as a mutual decision, saying in a statement that it was made “out of regard for the current global situation.” The orchestra said Sokhiev would appear next season.

In a statement, Sylvie Bouchard, Sokhiev’s manager, said, “The decision with the New York Philharmonic was made mutually and Tugan Sokhiev is looking forward to his future engagements with the orchestra.”

The cancellation of Sokhiev’s appearance in New York comes as the Russian invasion continues to rattle the performing arts. In recent weeks some cultural institutions have put pressure on artists to denounce President Vladimir V. Putin of Russia and his attack on Ukraine.

Sokhiev had faced demands from French officials earlier this month that he clarify his position on the war before appearing again with his Toulouse orchestra. In response to the demands, he resigned, and announced at the same time that he was also stepping down from the Bolshoi Theater, saying he felt he was being forced to pick between the two ensembles.

Deborah Borda, the Philharmonic’s president and chief executive, said in an interview that the orchestra had a “wonderful relationship” with Sokhiev, who led a week of performances in New York in 2018.

Borda added that the Philharmonic was committed to presenting Russian musicians and works by Russian composers. But she said that the orchestra would not present artists if they had direct ties to Putin or his government.

“These are very nuanced decisions,” she said. “One cannot make blanket decisions about this. It’s not black or white.”