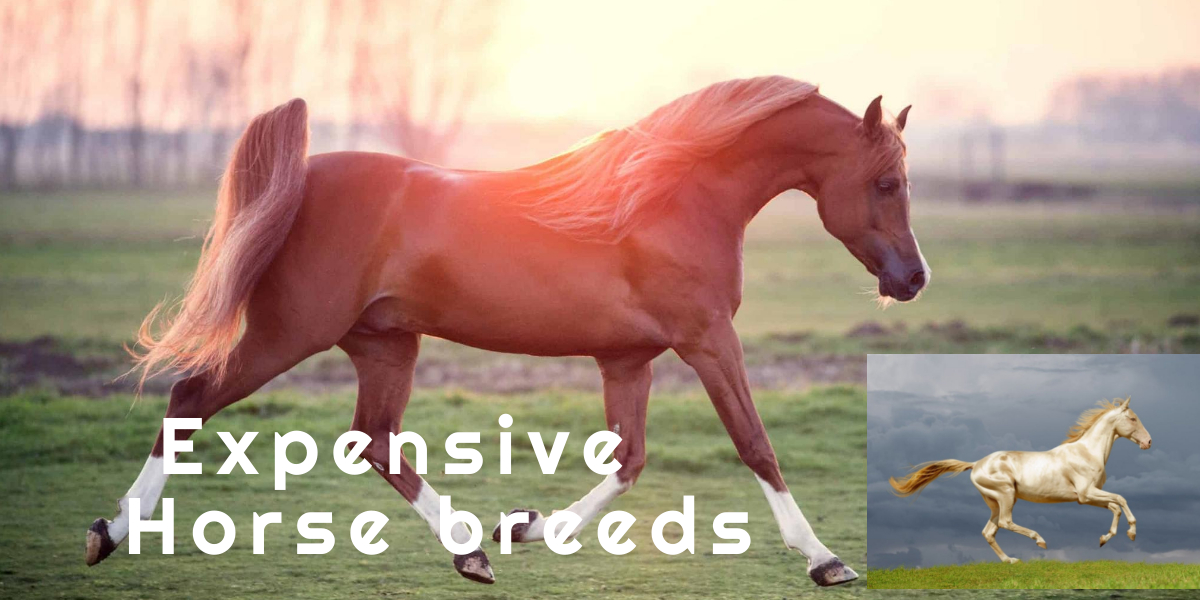 The Most Expensive horse of the horse breeds are estimated from the breeds, appearance, their skills of running, their gentleness, and the look or their intelligence.

Horses have been faithful to their companions, tireless workers, and well-trained performers. This animal is a favorite of both men and children. Horses have been woven and involved with humans for centuries. There is the presence of horses even in the mythologies like a half-human and half horse and mythological creatures like a unicorn.  Apart from the art and statuary portrayed by the riders and their mesmerizing way of running, these creatures have also inspired humans through their presence and their beauty. When they win any race they make their owners millionaires and the betting on them has led to countless fortunes. Talking about the breeds of the horses the prices have distinctive qualities and vary greatly depending upon their capability, look, and their efforts. For these reasons, investors are willing to pay billions on certain breeds of horses which would bring billions and millions to them. For this reason, horses are often counted as the luxurious animals. Horses are sometimes much more costly than the poshest of the cars and sometimes even much more costly than airplanes. Some of the most expensive horse breeds are even costlier than an average family home.  There today in this article we have selected the top 15 most expensive horse breeds in the world.

Talking about this breed it is considered to be the Most Expensive horse among the horses.  These horses are popular among the people around the world for their unique features and their graceful carriage. Besides their graceful features and appearance, these horses are also preferred for their willingness to do their work. They have a great response towards humans and so far they have helped humans a lot. These horses compete in a wide range of equestrian sports. This breed of horse is also used to build the foundation and shape other breeds of horses. For their gorgeous looks and their versatility, this horse breed will cost you around anywhere from $25,000 to $300,000.

This breed is one of the rare breeds in the world, hence there is no wonder why this breed is in the list. The rate of this breed makes it the most expensive in the world. Other than that it is also the national horse of Turkmenistan, and the fact of this rare breed is there are less than 8,000 left in the world. Besides being the strongest Akhal Teke has a shiny and beautiful coat which attracts many and the structure of their hair make them the most unique from other breeds of horses in the world. This breed is also known as “heaven’s horse” for their light color and their shiny appearance. The price tag of this rare breed reaches to $100,000 for a well breed.

Another most expensive breed of horse is found in the Netherlands known as Friesian, according to the origin of this breed it states that this breed was originated in the 1200s, and after centuries of breeding this breed has now become one of the most lovable and it’s one of the graceful horses among the horse lovers. Other than that these horses have a shiny and glossy black coast which does a pure justice to their beauty. While their striking look wins the hearts of hearts, their learning skills have a huge popularity among horse lovers. Besides this, they are very friendly. A show-ready Friesian will cost you around $50,000 and top quality will definitely cost you around $100,000.

If you are thinking of bringing some millions for you then this breed is the perfect answer. It is one of the rarest breeds in the world and is mainly known for winning the competitions. This breed was used by the warriors of the Netherlands prior to World War II. Thus this breed is considered both strong and stylish. This breed of horse is available in different colors like black, gray, bay, and chestnut. Their behavior and their learning skills are matched beautifully with anyone and hence they are very friendly. Dutch warmblood is sold for $10,000 to $75,000.

this Most Expensive horse is popularly known for being the best runner on the tracks, for this reason, this breed holds the world record for winning the most number of races. They are stars on the tracks, other than this this breed has also succeeded in different equestrian sports which include jumping and dressing. Their fiery attitude can be a little difficult for the beginners to deal with, but for a trained master this breed is the most friendly. This breed is the only breed for their capability of their speed and they are excellent with their speed. This breed has been the fastest and agile and for their excellence in their performance, the price tag of this breed is high and even demanding.

This breed’s origin goes back to the times of war. This breed is a warm-blooded breed and they hail from Germany. They are best at jumping because of their links with Thoroughbreds. Their sturdy built-up body, long neck, and medium head have made this breed one of the most beautiful breeds apart from competing on tracks. The estimated cost of this breed is around $7,000 to $100,000.

This breed is considered to be one of the most common breeds of the world. This breed hails from Spain and this breed is also considered and said to be the “grandfather” of many breeds present. The reason behind this breed’s origin is still unknown but it is clear that this breed is used in the wars and the king and the queens have rode upon them for many a number of times. They have a very friendly nature and they are calm to work with. Because of their power and stamina, this breed is used for the competitions and even for the recreations. The estimated cost of this breed is $15,000 to $50,000.

This breed has developed like most other warm-blooded horses, with various breeds. There are some great qualities about this breed which include bravery, intelligence, bravery, calmness, and friendly behavior. For these qualities, this breed is useful for both the trainers and the beginners. Thoroughbred and Norfolk were imported by the Norman breeders in the 19th century and were crossed with their native stocks. For their excellence and their way of performance this breed has been estimated as one of the highest and the most expensive breeds in the world.

This breed is very common in Great Britain, the breed belongs from both British and Irish exact. This breed is very expensive in the USA. They have a very genuine character and for their calm behavior, they are friendly for both the beginners and the trained riders. The body structure of this breed will definitely give you some serious vibes of some mythological character, because of their polished coat and their shiny long hair. For their appearance, this breed is counted as one of the most expensive breeds among the horses in the world with an estimated net worth of $10,000.

This breed is most popular in the United States. This breed of horses are one of the fastest horses in the world. The name of this breed has been derived for their ability to run. These horses are one of the fastest horses as they can outrun any horse by a quarter-mile in any race. They are very competitive in nature and are mostly used for rodeo events like team roping, calf roping, and barrel racing, and not just this they are also used for other competitive events. Their estimated net worth is $50, 00.

This breed is a warm blood type horse, which were originally brought by the Spanish explorers. They are muscular, hardy, and intelligent. They are admired for their capability of their strength and their hardship. They can bear hush terrain and changeable conditions, that’s the reason they are given the tag of “born and run”. Their estimated price is $125 to $5,000.

Top 20 Most Expensive Alcohol Drinks in the world