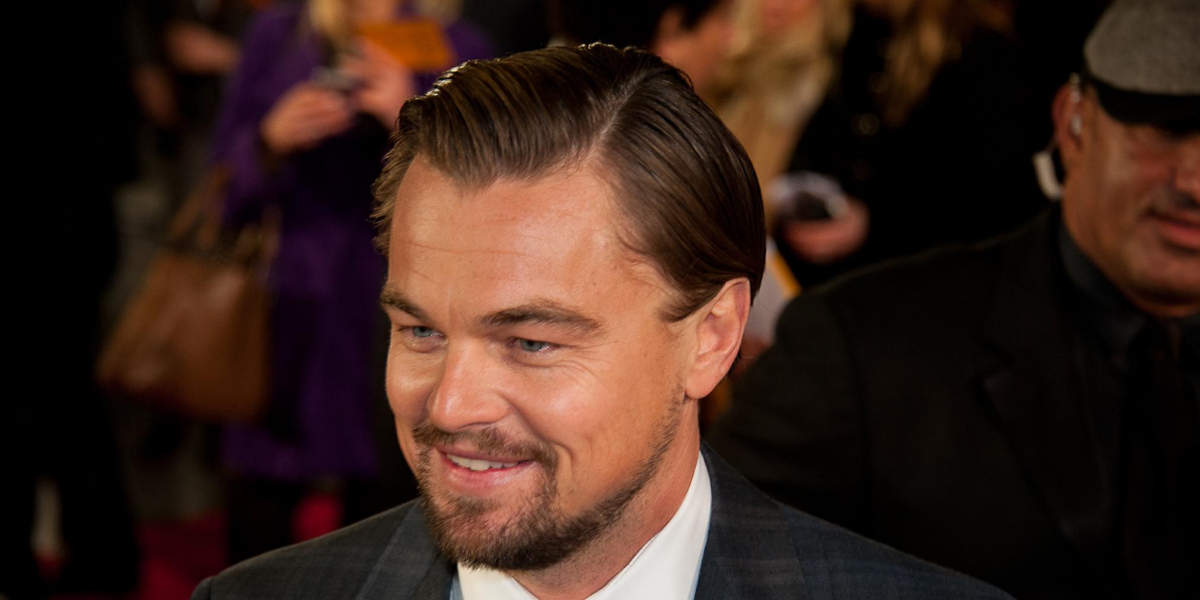 Leonardo DiCaprio is an Oscar winner who showcased his talent and acting talent through various films by taking up challenging roles. Leonardo Wilhelm DiCaprio appeared in the movies like “Titanic” which was released in 1997 a James Cameron movie that made Leonardo a successful star, “The Aviator”, “the wolf of wall street”, “The Revenant” and so on.

Leonardo DiCaprio is known for his dashing looks and people all over the globe admire him for his performance in the films and even for his social and humanitarian works. His success story is one of the best examples that if you want to achieve something in time then work hard and go for it.

Today in this article, we will be discussing everything related to Leonardo Wilhelm DiCaprio and his achievements in history.

Leonardo DiCaprio was born on 11th November 1974 in Los Angeles California USA. The name of his parents is George DiCaprio who is a comic writer and a distributor of comic books as well, and the name of his mother is Irmelin Indenbirken. Unfortunately, his parents separated when Leonardo was just a toddler.

After parting ways, his father tied the knot with Peggy Farrar. Talking about his siblings Leonardo has a half-brother whose name is Adam Farrar and doesn’t have any sisters. Leonardo is the single child of his parents. He belongs to a Catholic family and since his childhood, he was taught the teachings of Christianity.

Leonardo Wilhelm DiCaprio holds an American nationality and belongs from a mixed ethnicity which is Italian-American from the side of his mother, and Russian-German from the side of his father. Talking about his education he completed his schooling at three different schools. The names of his schools were Seeds Elementary school, John Marshall High school and then he went to the Los Angeles center for enriched studies.

Leonardo Wilhelm DiCaprio  didn’t want to do any further studies, he has earned a GED but after he was dropped out of school. 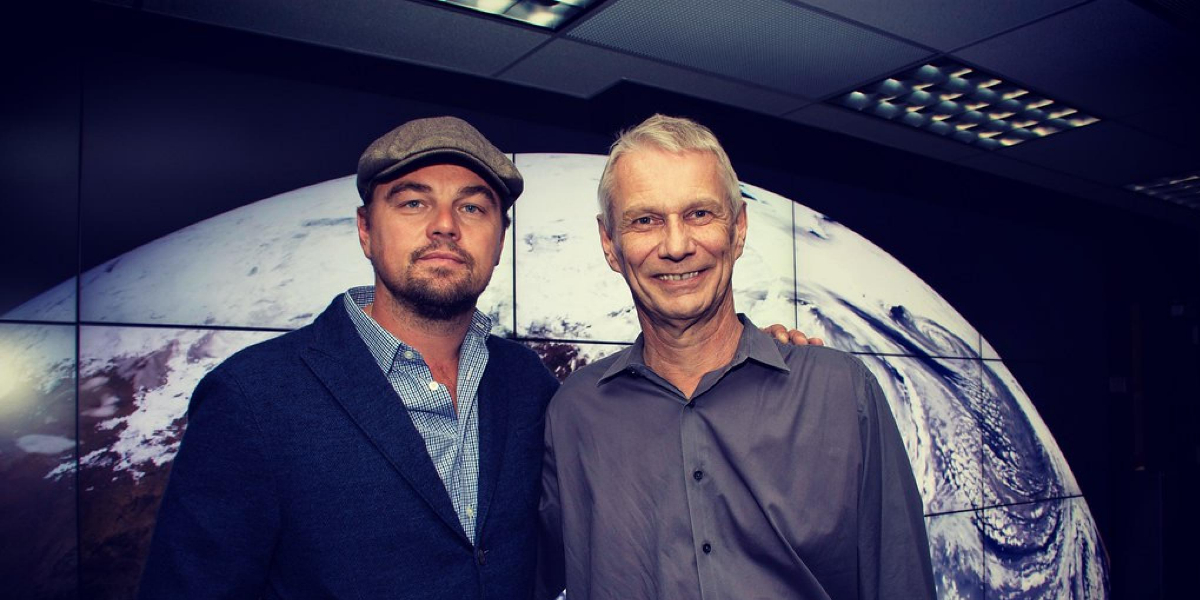 Leonardo DiCaprio today is a huge name in Hollywood but for years he had to face a severe struggle to land a professional acting career. Back in the 1990s, Leonardo made his debut in the entertainment world through regular television work. At the very beginning of his career, he worked as a guest actor and had guest appearances, in programmers such as “the New Lassie” and “Roseanne”.

Prior to that he even earned a role in the dramatic comedy “parenthood”. After this, Leonardo’s career took another step forward as he was offered the role in the family comedy “growing pains ”, alongside Kirk Cameron and Alan Thicke. After this he achieved his role in a movie, and made his debut in the film with a low budget horror flick “Critters 3”, though this film might not be a great success Leonard got a perfect chance to showcase his talent, and with that Leonardo received all the chances to further demonstrate his acting in the upcoming two years.

With his powerful acting skills and dashing good-looking looks, Leonardo was offered a massive role along with Robert De Niro, in the film name “This Boy’s Life”. Leonardo Wilhelm DiCaprio was successful in portraying his role well along with the superstar Robert De Niro, the film’s storyline was based on a difficult relationship between an abusive stepfather and a young boy.

Leonardo DiCaprio was successful in pleasing the critics with his acting. After that in 1993, Leonardo Wilhelm DiCaprio made a huge head turn again as his successive performance in “What’s Eating Gilbert Grape?” The co-starring Johnny Depp was definitely one of the best roles.

Leonardo DiCaprio  successfully played the role of a mentally disabled child, and this role earned him an Academy Award nomination for the Best Supporting actor.  With this, he got the role in “The Basketball Diaries” which was a 1995’s coming-of-age drama, alongside the actors like Russell Crowne, Sharon Stone, and Gene Hackman.

Furthermore, in the next year, in 1997 he was offered the role in a massive blockbuster “Titanic”, a tragic love story which in turn took the career of Leonardo to a next level worldwide. The budget was estimated at up to $200 million and it is one of the most expensive films ever made in Hollywood.

The story of the film is a tragic love story, where Leonardo plays Jack along with Kate Winslet’s Rose.  In the film, he falls for Rose though he is a poor artist whereas Rose belonged from a very wealthy family.  But the couple faces many problems and denial from Roses’ fiancée, but unfortunately, the ship strikes an iceberg leading to all the tragedy.

This film alone was nominated for 14 different categories of awards and went on to win 11 awards.  This was the first film to reach the mark of a billion dollars in international sales.

As the film gained massive success at the box office, Leonardo got the position of a senior actor, a man who is capable of tackling lead roles. He gained huge popularity and gained a huge fan base. With his good-looking face and charming looks, he got placed on the list of the People’s magazine list, as 50 most beautiful people in between the year of 1997-1998.

After titanic, Leonardo Wilhelm DiCaprio had hit a little bit of a career slump as both his movies “the man in the iron mask” and “the beach” did not do a good business both financially and artistically. In the upcoming years, he went on to work in the movies like catch me if you can, gangs of New York, the Aviator.

In 2006, Leonardo Wilhelm DiCaprio was cast in other well-received films such as Blood Diamond and The Departed. Leonardo went on to achieve his third academy award for his role in the dramatic thriller “Blood Diamond”.  In 2008 he was again seen sharing the screen space along with Kate Winslet in the film named “The Revolutionary Road”.

In 2012, he was seen in the films along with Jamie Foxx and Kerry Washington in the film “Django Unchained”, and in the following year he was casted in the film “the great Gatsby”. With that in 2013, he gave another blockbuster hit, “The Wolf of Wall Street”, a film based on the life of Jordan Belfort and his success in the business world. With this role Leonardo earned the golden globe award for the best actor. The film also casted Jonah Hill and Margot Robbie.

Back in 2015, Leonardo was cast in The Revenant a Hugh glass. The film was directed by Alejandro. The filming of the film was a challenge in itself. As the makers faced huge difficulties to shoot in the extreme condition of the weather. The role of Leonardo was a huge success, and apart from winning the Oscar for the best actor, the film focused on protecting the structure of the natural environment.

In early 2018, Leonardo signed another film which was “once upon a time in Hollywood”. The story of the film was solely based on the notorious Charles Manson murders that took place in 1969. Leonardo was seen playing the role of Rick Dalton. The co-stars included Margot Robbie and Brad Pitt. This film during the premiere of the Cannes Film festival received a seven-minute long standing ovation.

Leonardo as an environmentalist: 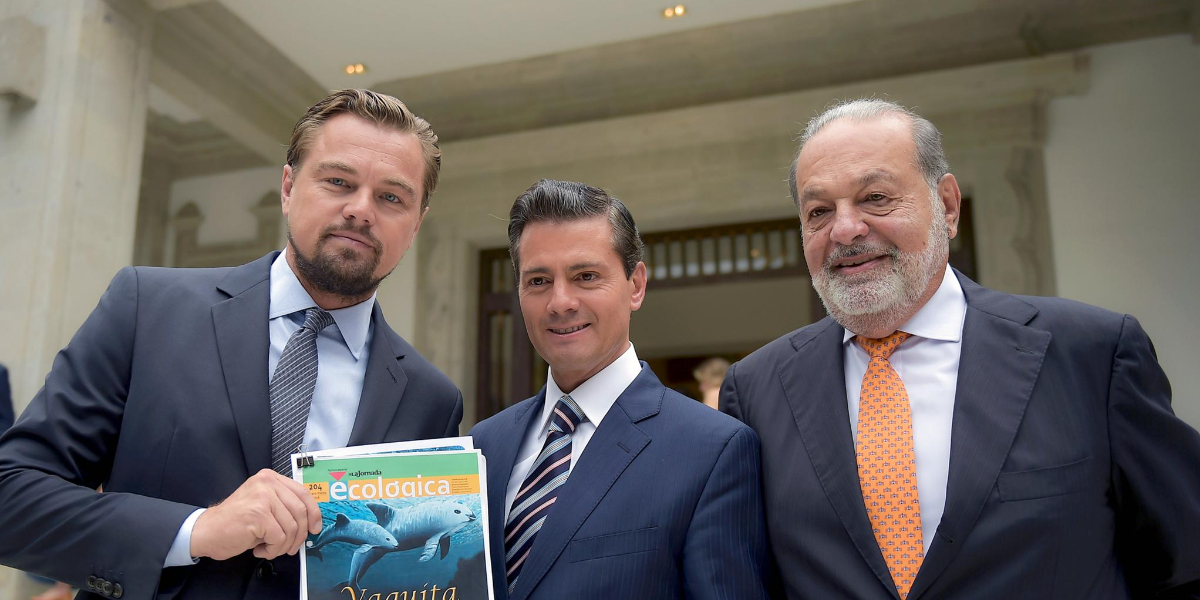 Apart from being a successful actor, Leonardo Wilhelm DiCaprio always has a passion for the protection of the Environment and he even reflects the love and respect for the environment even in his speeches.

Back in 2000, he interviewed former President Bill Clinton, for a television segment related to global warming. He runs a non-charitable foundation that supports and brings out awareness among everyone related to the environment. The name of the organization is The Leonardo DiCaprio Foundation (LDF). 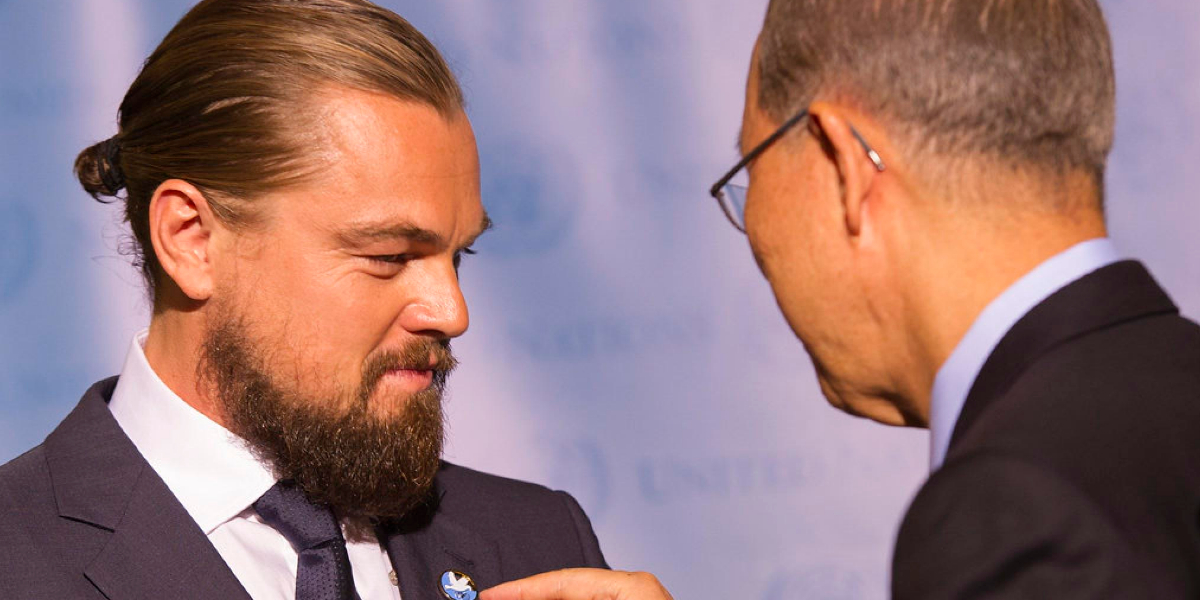 As mentioned earlier in the article, Leonardo is one of the highest-paid actors in the Hollywood industry. He has huge properties and assets, which he has earned through his performances in the movies. As of 2021, the established net worth of Leonard is $260 million, whereas the annual salary of Leonardo is 36 million.

Leonardo is a dashing man, and there is no doubt in it. He is one of the handsome looking men in the entire Hollywood industry. The height of Leonardo is 6 feet and weighs around 85 KGS. He has brown color hairs and is blessed with green eyeballs which further makes him much more dashing and handsome.

leonardo dicaprio has been into headlines and has faced a lot of controversies because of his partners. In the early 2000s, he was one of the most eligible bachelors in the industry. The list of his former girlfriends includes model-actress and as of now his current partner is Camila Morrone who is also a model by profession and her current age is 24. The couple has been in a relationship since 2018. Leonardo is unmarried as of now but we hope that he will soon make up his mind of tying Knots.

Leonardo Wilhelm DiCaprio  is highly active in social media and is often seen posting pictures. He has a huge amount of followers and fans following his social media sites. He has 50.1 million followers on Instagram and has 27.7 thousand followers on his Twitter account. He is mostly seen uploading pictures of environment awareness.

Some of the famous quotes:

1. “Kill them with success and bury them with a smile.” – Leonardo DiCaprio

2. “The good thing about acting is that it always keeps you on your toes… It’s not like any other job where you can     go in and do the same thing as yesterday.” – Leonardo DiCaprio

3. “Don’t think for a moment that I’m really like any of the characters I’ve played. I’m not. That’s why it’s called ‘acting’.” – Leonardo DiCaprio

4. “I just really love doing what I do. I know every career is fleeting and there will be time periods when I don’t get the opportunities that I’m getting right now, so I am taking advantage of them.” – Leonardo DiCaprio

5.“Be thankful for the hard times, for they have made you.” – Leonardo DiCaprio

6.“If you have done the very best you can. worrying won’t make it any better. if you want to be successful, respect one rule.” – Leonardo DiCaprio

7.“To believe in love, to be ready to give up anything for it, to be willing to risk your life for it, is the ultimate tragedy.” – Leonardo DiCaprio

8.“Don’t think for a moment that I’m really like any of the characters I’ve played. I’m not. That’s why it’s called ‘acting’.” – Leonardo DiCaprio Quotes

9.“Everybody has gone through something that has changed them in a way that they could never go back to the person they once were.” – Leonardo DiCaprio

10.“I was always the kid in school who tried to get attention, not necessarily the class clown, but I’d do little unexpected performances.” – Leonardo DiCaprio

Some of the lesser-known facts about Leonardo:

●   He is an environmentalist.

●   He won his first BAFTA award for the best actor for the film Revenant.

●  He was named DiCaprio after the name of the artist Leonardo Da Vinci.