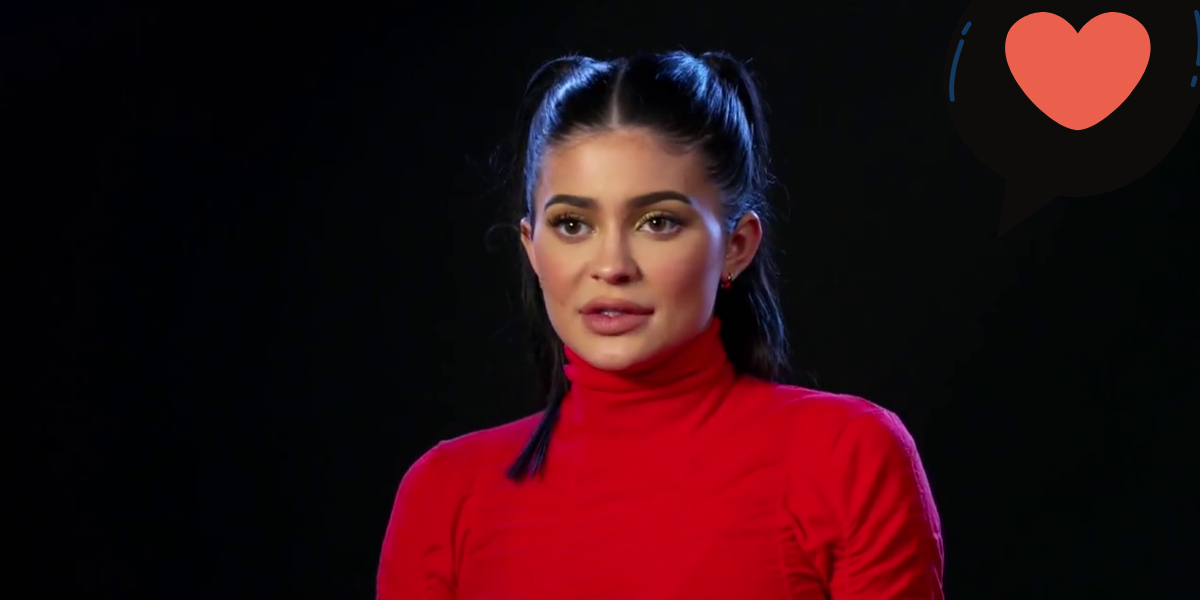 Kylie Jenner is a popular social media personality. She is also a Model and above all a successful businesswoman. Kylie Jenner is a popular worldwide, personality. who got extremely famous after the launch of her cosmetics brand. Apart from being a successful businesswoman. She got fame after her appearance in the popular television show “Keeping Up with the Kardashians”.

Kylie Jenner was born on 10th August 1997, in California USA. She was a lucky kid, as she was born in a well-established and rich family in the USA. The names of her parents are Kris Jenner and Bruce Jenner.

who is a former Olympic gold medalist, but back in 2015? her father Bruce announced that he was transgender and since then he is known as Caitlyn Jenner.

Kylie Jenner was raised in Los Angeles along with her siblings and half-siblings. Kylie Kristen Jenner has an elder sister, whose name is Kendell Jenner.
She is a famous model And apart from it she also has half-siblings. The name of her half-sisters is Kimberly Kardashian, Kourtney Kardashian, and Khloe Kardashian.
she even has half-brothers whose name is Rob Kardashian. All of them are famous personalities or business personalities in the industry.

Kylie Jenner was raised along with her siblings and has spent her childhood along with them and her family. She belongs to a Christian family and has an American nationality. 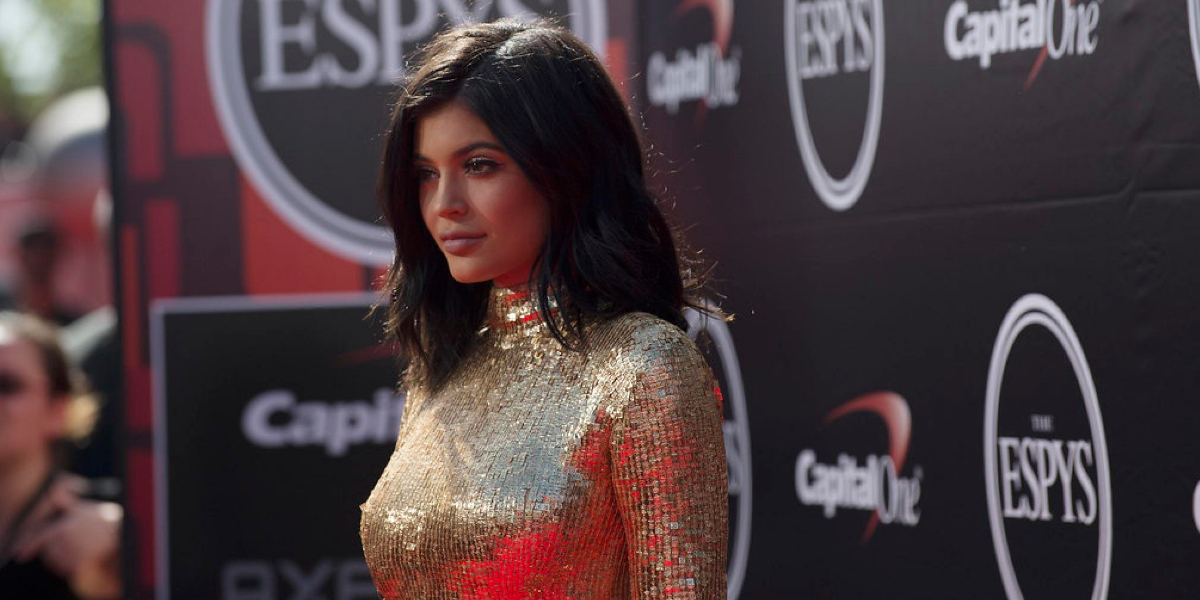 Kylie Jenner always had a dream of becoming and achieving something great. Just like the other members of her family, and hence at a very young age of 14.
She along with her elder sister Kendall established a clothing brand in a collaboration. With the popular brand “PacSun”.
Kylie Jenner earned fame and popularity, back in 2007 after. she appeared in a titled television series. “keeping up with the Kardashians”,
where she acted along with her mother and her siblings. Her appearance since the very first episode has made her a popular personality.
Apart from appearing in “keeping up with the Kardashians”. Kylie also made guest appearances on various television shows. Such as Kourtney and Kim Take Miami, Khloe & Lamar, Kourtney and Kim Take New York, and Kourtney and Khloe Take The Hamptons.
Apart from that, Kylie Jenner along with her sisters hosted Glee the 3rd concert movie. at the Regency Village theatre back in 2011.
She even got featured in the Seventeen Magazine as the Style stars of the year. with that, she became the style ambassador of the magazine. In the following year, she along with her elder sister Kendall hosted the premiere of a Hollywood movie . whose name was “the vow”. along with that she even took interviewed the star cast of “the hunger games”.
she even made her appearance in the modeling show “America’s next top model”, along with her mother and her sister.
Back in 2014, Kylie and Kendall together hosted the “Much music awards ”. and along with that in the same year, she also made her acting debut in a promo show in Toronto, Canada.

Not just acting she also got featured in the music video whose title was “Blue Ocean ”, which was sung by Jaden smith.
She has even co-authored a fictional novel whose title was the Rebels City of Indra.
The Story of Lex and Livia, and she authored this book along with her sister.
In 2015 Kylie took her career to the next level. she launched her first lipstick line and named it Kylie Kristen Jenner lip kit which consisted of nudes and glossy shades.
In the same year, she was seen in another music video, along with her sister, and the song was sung by Justine Skye. Again in 2016, she changed the name of her brand and renamed it, as Kylie cosmetics With that. she also released a promotional video to increase the popularity of her series of lip glosses. Prior to that in the same year.
She made her debut in the musical world as she along with famous singers like Jordyn Woods and Justin Skye. She did rapping for a song which was titled, “Beautiful Day long”.

Moreover, in the following month. she appeared in another music video. which was titled “come and see me”, with that she again starred in the TV show “Life of Kylie”. which was entirely based on her life.

In 2018, her cosmetics brand launched a makeup line that was given the name of her mother “Kris Jenner”. This makeup line was launched by “Kylie Cosmetics”, on the occasion of mother’s day.
And again she and her half-sister Kim Kardashian launched another cosmetic collection. That was named KKW X Kylie cosmetics.
In the following year 2019. She went on to launch a new fragrance line and this time. She again collaborated with Kim Kardashian and even found a skincare brand.
This is just not an end Kylie again collaborated with her other half-sister. Khloe Kardashian launched another cosmetics line.

In 2020, her cosmetic line “Kylie cosmetics ”, went on to launch a new line along with her sister Kendell Jenner. Kylie Jenner, by now had reached a new height with her cosmetic brand. Hence she gifted and launched her daughter’s cosmetic line.

Apart from all this she even appeared in a few music videos. Such as Stuck With You by Justin Bieber and Arina Grande and WAP video by Cardi B and Megan Thee Stallion. Apart from working with her own cosmetics line.

She also endorses some of the popular brands. Such as Sinful Colors, SugarbearHair, BoxyCharm, Waist Gang Society, Fit Tea, and Fashion Nova.
Not just this she along with her sister also collaborated on several fashion lines. went on to launch different collections.

She is even a philanthropist and has participated in various charitable organizations. For the funding of different events. 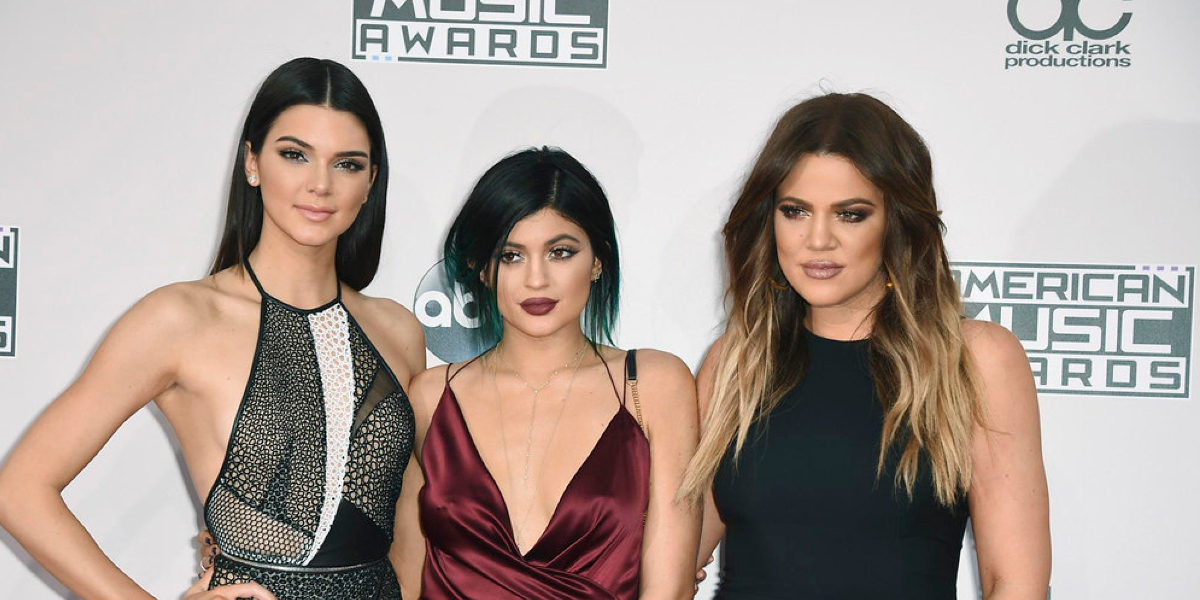 Kylie Jenner is one of the youngest and most successful self-made billionaires. She got featured in Forbes magazine, as the youngest billionaire. As of 2022, her net worth is $900 million.
Kylie Kristen Jenner has reached this position through her hard work.
She is a popular businesswoman who has an established net worth. she has earned from her cosmetics line and various brand endorsements. And apart from that Kylie also earns through filming music videos.

Kylie Kristen Jenner has a successful career. There is doubt in it. with her successful career, she has also received numerous awards. She has won the Teen Choice award for the choice TV reality star female in 2013. Kylie Jenner has made several hot headlines in the industry. Because of her relationships. She was in a relationship with Tyga. who was a popular singer, songwriter, rapper, and actor in the industry? She dated him for a long term of three years but unfortunately. 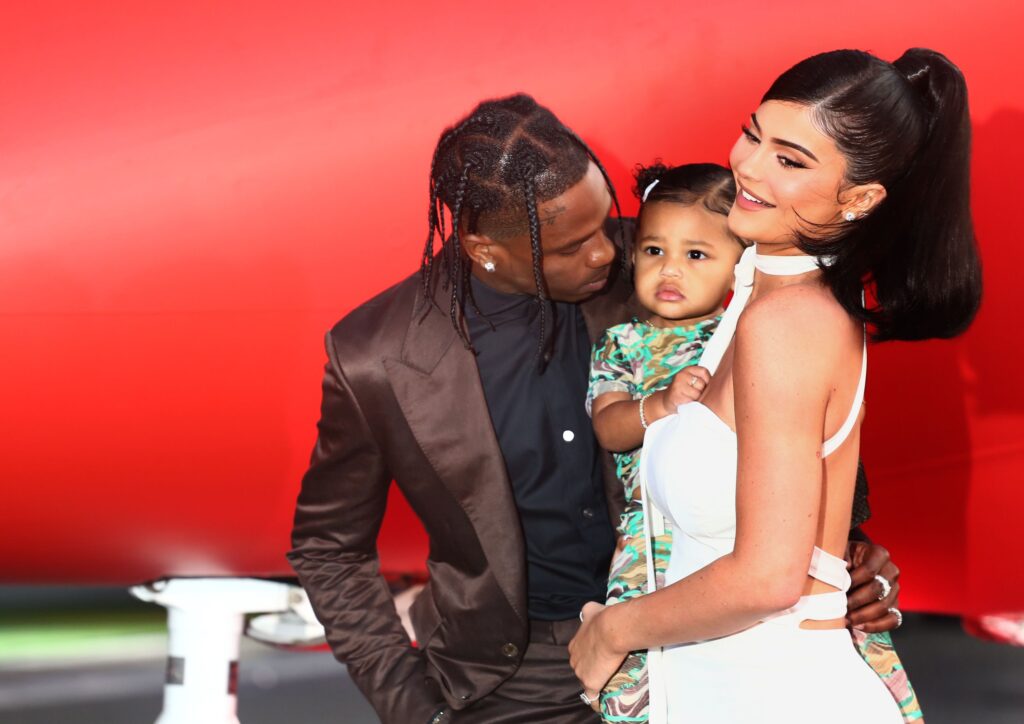 The couple parted their ways, but the reason for their breakup is still known. Later on, she started dating Travis Scott. who is a well-established rapper, singer, and songwriter by profession.
According to the sources, the couple started dating each other. Back in 2017, and prior to that in the following year. she made her relationship public and even announced the birth of their daughter whom they named Stormi Webster.
The couple made several appearances in public including award shows and met galas. In 2019, there was news that said that Kylie and Travis have parted ways during the pandemic situation.
The couple was again seen together, spending time with their daughter. Jenner revealed that she and Scott are expecting their second child on 7 September 2021 after weeks of speculation and on 2 February 2022 Kylie gave birth to their son Wolf Webster. 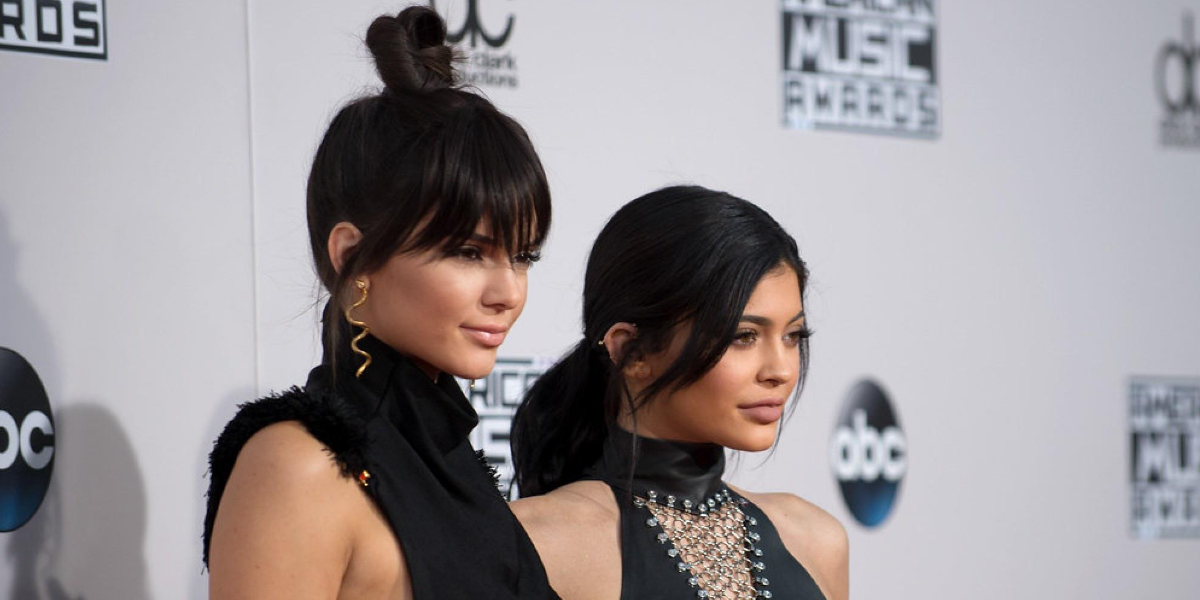 Kylie Jenner age is one of the most beautiful women in her family. she has got a figure which is slim and has got an hourglass shape. She has attractive facial features and a charming personality.
She has a height of 5 feet 5 inches and a body weight of around 60 kg. She has shiny long black hair, though she is known as the “Queen of wigs ”, and is blessed with a beautiful pair of brown eyes.

Kylie is a famous social media personality. And also is highly active on various social media sites. where she keeps on posting various videos and pictures related to the happening of her life.

Some of the lesser known facts about Kylie Jenner:

Question:-What is a kylie Jenner’s age?