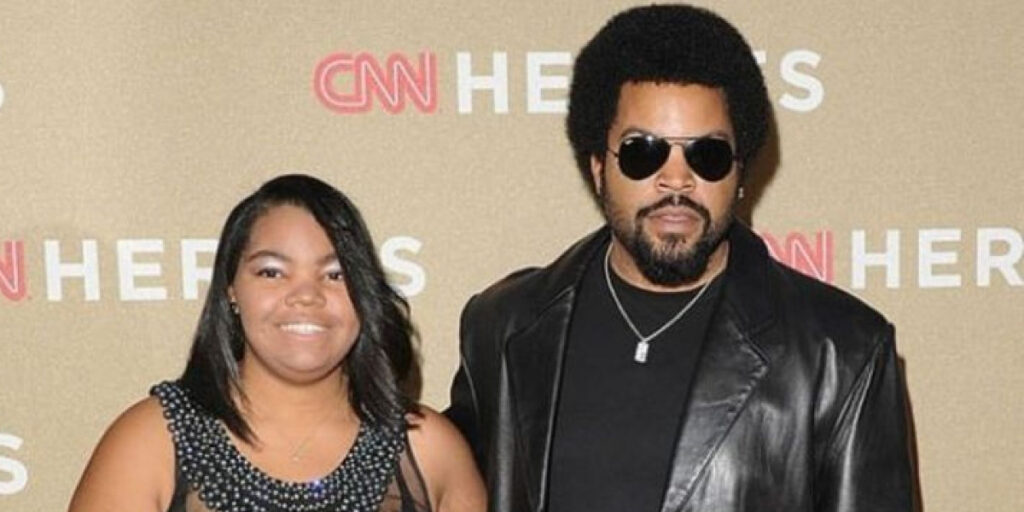 Karima Jackson is a philanthropist herself but she is mainly recognized as the daughter of Ice Cube who is an American actor, writer, and rapper. Things seem different when it comes to her life, unlike her father she didn’t take her career in the entertainment industry. She has even left the media world personality. Rather she decided to work as a philanthropist, and in this blog, we will be discussing Karima Jackson’s lifestyle and her works after this blog you will definitely get a clear-cut idea about Karima Jackson.

Who is Karima Jackson? 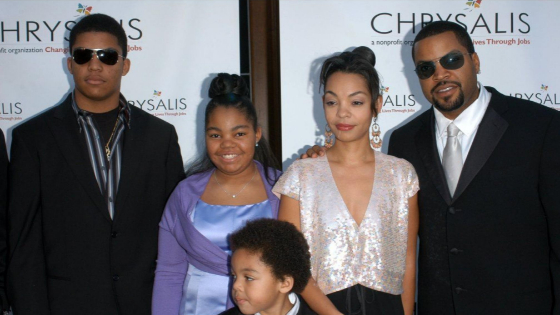 Karima Jackson is the daughter of renowned rapper, actor, and songwriter Ice Cube. She is a philanthropist and a researched scholar unlike her superstar father Karima has totally derived herself from media. But she has been in the limelight for quite a while because of her father’s fame which helped to make her popular. She might not be as famous as other family members but she has worked as a charity worker which helped her to pave a way for herself. With all her hard work and her dedication she has started her own philanthropic Centre called “organize change Inc.”

Talking about her childhood Karima Jackson was born on February 17, 1994, in Los Angeles California. Karima belongs to a Christian family. Her nationality is American. She was born in a star family where her father is America’s famous rapper, actor, and writer.

Karima Jackson’s mother’s name is Kimberly Woodruff. She has four siblings, two being older than her, named O’ Shea Jackson Jr and Darrell Jackson. Karima also has two younger siblings than her, named Shareef who is her younger brother, and a younger sister called Deja. As of current times, her siblings are famous just like her parents.

Her sister Deja is a basketball player, and her brothers have successfully made their names in the field of rap and music just like their father. Karima has spent her entire childhood in Los Angeles with her family. 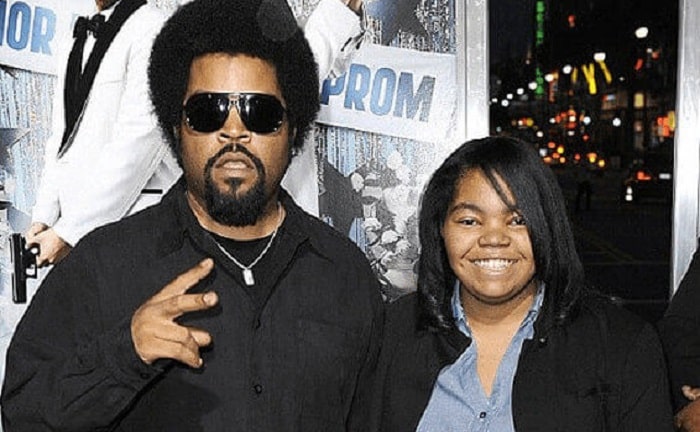 About Karima Jackson’s educational qualifications she has completed her high school and then she moved forward for her higher studies and holds a master’s degree. Karima graduated in sociology from Rutgers University Brunswick.

Moving for her further studies she has a master’s degree in public administration from Rutgers the state university in New York, Jersey. Karima holds another master’s degree in child advocacy and is focused on public child welfare. Talking about her current educational status she is currently working on her Ph.D. at Rutgers school of public affairs and administration (SPAA).

Karima Jackson is currently 28 years old and her zodiac sign is Aquarius. Karima is 5 feet 7 inches tall and weighs around 154 pounds. Karima is a young charming lady with gorgeous body features. She has a beautiful pair of black eyes, black hair, and beautiful, gorgeous black skin. 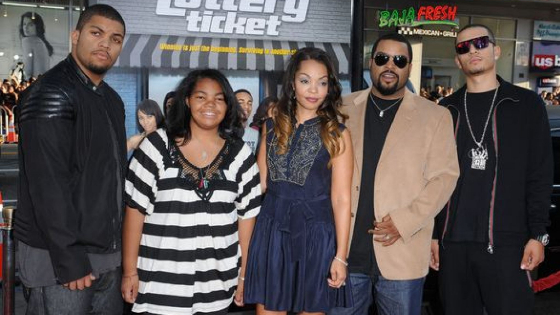 Though she is a star kid Karima likes to stay away from the limelight and loves to keep her private life secretive, but according to some sources it is known that this beautiful lady is dating Horatio Joines who is one of the members of the organization headed by Karima which is ‘organize change Inc.’

They have a very healthy relationship and they both accompany each other in different charitable endeavors. Though not much is known about their relationship it is estimated that these two love birds met each other through their good deeds. The couple has managed to keep their private life secret but it is sure that they both are madly in love with each other. As per the current situation, the couple is planning for their marriage. Karima is a powerful lady and her boyfriend is her determining strength.

Karima had made headlines back in 2016 when her boyfriend Horatio got involved in a violent fight with Warren Vincentz who was a board member of the New York cemetery. As Karima was working on the “clean up woodland cemetery campaign” it resulted in a lot of problems and opposition from the cemetery board.

Karima took up the campaign to clean up the cemetery so that it can be used for other purposes. But the opposition from the board of the cemetery led to chaos between Karima and Vincentz. This led to a very ugly fight and then her boyfriend Horatio punched Vincentz. Karima did not end here; she even claimed that the management was a fraud. This was a huge conflict that led to a police complaint, thus leading to Karima Jackson’s name being dragged up to the news. 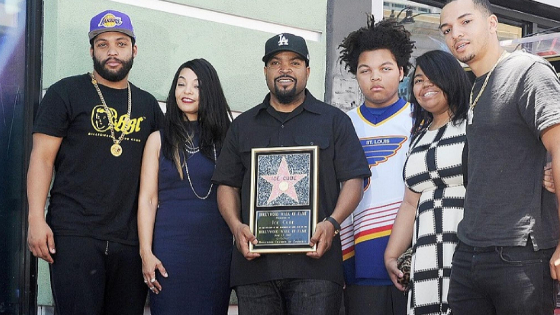 As of now her estimated net worth of Karima is not available, neither her salary nor her net worth. But as she belongs to a family of superstars where her father’s net worth stands up to 160 million dollars and her father’s vast money allows her to enjoy a lavish and luxurious life.

Karima belongs to a family where her family members and especially her father are in the entertainment industry. Karima also likes to share her life events. She is available on social media. She has an account on Instagram And Twitter but she is not available on Facebook. Her social media accounts are mentioned below:

Then she was eventually promoted to family service supervisor. Ultimately in 2014 after all her good deeds and her passion and dedication to her work, she successfully established the charity organization ‘organize change, Inc.” and she is the executive director of the organization. Karima is a dedicated person and does her job well and we hope that in the upcoming days she will be much more successful with the help of her good deeds.

Her parents are both famous rappers. They have been married for nearly three decades. They have known each other since 1988. It is very rare in the Hollywood industry where can find couples married for a longer period of time, but in the case of Karima Jackson’s parents, it is. They got married on April 26 in 1992, in a small wedding ceremony. 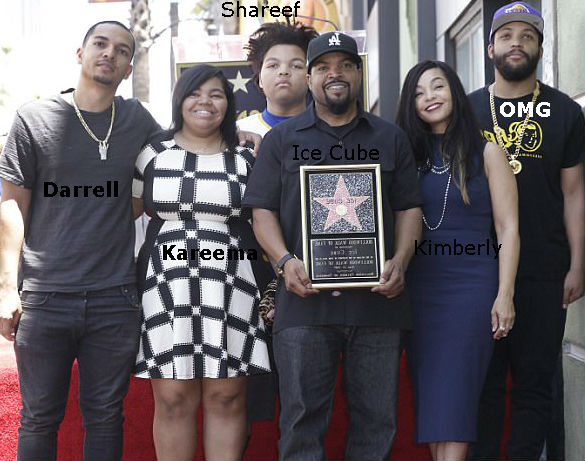 Some Lesser-Known Facts About Karima Jackson:

Answer:- She is currently 28 years old.

Question:- Who is Karima Jackson?

Answer:-She is the daughter of a famous American rapper, actor, and writer. Her father’s name is Ice Cube.

Question: How many siblings does Karima have?

Answer:- She has 4 siblings.