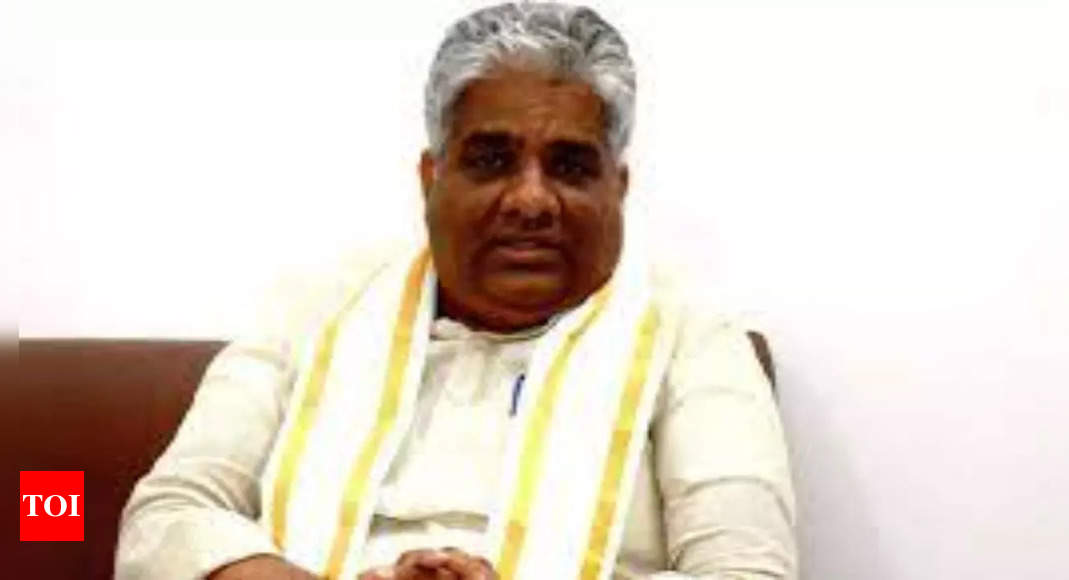 NEW DELHI: The govt plans  has come out with a plan to rejuvenate 13 major rivers through interventions that aim to increase cumulative forest cover by over 7,400 square kilometres.

The proposed “forestry interventions” will help to sequester 50.21 million tons carbon dioxide equivalent in 10-year-old plantations and 74.76 million tons of CO2 equivalent in 20-year-old plantations, senior officials said.
The proposed interventions in the 13 riverscapes will help in ground water recharge to the extent of 1,889.89 million cubic metre per year, and reduction in sedimentation to the tune of 64,83,114 cubic metre per year, they said.
The rivers for which proposals have been made are Jhelum, Chenab, Ravi, Beas, Sutlej, Yamuna, Brahmaputra, Luni, Narmada, Godavari, Mahanadi, Krishna, and Cauvery.
In addition, Rs 449.01 crore is likely to be generated from expected non-timber and other forest produce. It is also expected that 344 million man-days of employment will be generated through planned activities as provisioned in the 13 detailed project reports, the officials said.
They said 13 major rivers will be rejuvenated through forestry interventions that aim to increase cumulative forest cover by 7,417.36 square kilometres.
Speaking at the launch of the detailed project report (DPR) for rejuvenation of 13 major Indian rivers through forestry, Environment Minister Bhupendra Yadav said river tributaries play a very important role in rejuvenation.
“This DPR takes the role of tributaries into consideration too,” he said.
Jal Shakti Minister Gajendra Singh Shekhawat said this is a holistic plan for river rejuvenation and a much needed initiative.
“Water is the elixir of life. Till we behaved as custodians of nature, till then problems did not start, but when we thought of us as owners, then the problems started,” he said.
“We need to understand we are custodians and we need to keep nature in the same condition as it was handed over to us and hand over to the next generation not ruin it further then only we can be called a human being,” the minister added.
A total of 667 treatment and plantation models are proposed in all the 13 DPRs meant for the proposed forestry interventions and supporting activities,in different landscapes.
In all, 283 treatment models have been proposed for the natural landscapes, 97 treatments models in the agriculture landscapes and 116 different treatment models in the urban landscapes.
Site specific treatments in terms of soil and moisture conservation and plantations of grasses, herbs, forestry and horticultural trees have been proposed for treatment of prioritised sites in the riverscape supported by GIS technique based on consultations with various stakeholders.
Throughout this exercise nodal officers from respective state forest departments were associated to coordinate with other line departments.
The officials said these efforts will play an important role achieving the international commitments of India such as NDC forestry sector goal of creation of additional carbon sink of 2.5-3 billion tons of CO2 equivalent through additional forest and tree cover by 2030 under the Paris Agreement of the UNFCCC.
Restoration of 26 million hectare of degraded lands by 2030 as a land degradation neutrality target under the UNCCD and halting bio-diversity loss by 2030 under CBD and Sustainable Development Goals are also part of endeavours to achieve international commitments, they said.
These will strengthen the country’s progress towards the Panchamrit commitment at CoP-26 in which India promised to reduce its projected carbon emission by one billion tonnes by 2030, meet 50 per cent of energy requirements with renewable energy by 2030, enhance non-fossil energy capacity to 500 gigawatt by 2030, reduce the carbon intensity of its economy by 45 per cent by 2030 and achieve net zero emission by 2070, the officials said.
During execution, “Ridge to Valley approach” will be followed and soil and moisture conservation works would precede the plantation operations. Flexibility has been provided in change of species and sites in case the circumstances at the time of implementation so demand. The steering and executive Committees at the national and state levels have also been proposed in the DPRs, they said.